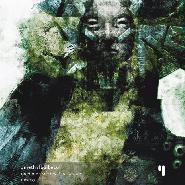 The five relatively compact tracks on Quelques SiÃ¨cles d’Insomnie, by 2methylBulbe1ol (aka French producer Nicolas Druoton), map that often attempted and usually generic realm of hard-beat cinematic cyberdread. You know the brief: all dessicated synths, droning background moans, and crusty percussion. Here, though, Druoton rescues the genre from the cliche dustbin, giving texture to the synths that are in declining health, personality to those moans, and lending the broken percussion a sense of, if not utter resilience, then at least something inherently, admirably, indefatigable. There’s also an occasional light melodic aspect, as on the opening to “Neuf Clous” (MP3) — this intrusion of the pretty is something many similar enterprises trip up on, but Druoton nails it, because the sounds are rendered in a mechanical way, resembling a musical mobile hanging above an infant’s crib. In the broader context of cyberpunk audio here, the effect is more eerie than nostalgic.

Get the full set of five tracks at monocromatica.com/netlabel.