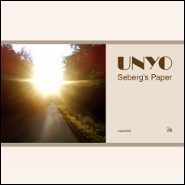 The song “Seberg’s Paper” by Unyo is not the standard Hexawe release. Hexawe is the name of a netlabel, and the music released on it tends to sound like anarchic video arcades partying after closing time. “Seberg’s Paper,” in contrast, is subdued, with birdsong and, early on, gentle conversation snippets interweaved with dreamy tones and mundane field recordings (MP3). It’s also almost (just almost) more of a suite than a song, a long-form (nearly eight-minute) journey through several stages of subtle, pop-like music, the majority of it consisting of a downtempo beat, dank drops, and other minimal-techno effects.

There’s also, as with every Hexawe release, an accompanying archive (ZIP) of the materials used to construct the song, including the original code and a baker’s dozen of samples, including those beats, hazy soundscapes, and a classic quote from Jean-Luc Godard’s Breathless.

Visit the originating netlabel at hexawe.net.

2 thoughts on “Breathless (as in Godard) Minimal Techno MP3”