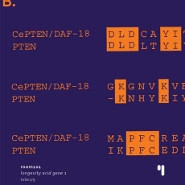 The tension inherent in Longevity Acid Gene 1 by Room101 (aka Adam BaluÅ¡Ã­k) is all about pulse. It opens with a dubbily percussive track, “LAG-1” (MP3), that’s all beat and stretch, all warbly synth elements, and pinprick pounding, and seesaw sine waves, and blips that are left to slowly fade. As such, its a gradated portrait of the spectrum of synthesis. Each track that follows “LAG-1” is another snapshot of a wide range of approaches. “LAG-1.2” (MP3) is a stereoscopic bit of strobing, like Underworld’s great “Rez” reimagined as the backing score to Nintendo DSi cartridge. The other standout track is “LAG-1.4,” as mundane as a throbbing drone can be (MP3), and all the more magnetic for its seeming ordinariness. The near hush of “LAG-1.4” is no less immersive than the glo-stick scene-setting of “LAG-1.2,” but “LAG-1.4” is concerned with surveillance, not resplendence — its pulse is virtually two beats, one at the opening, the other, after nearly five and a half minutes, at the close.