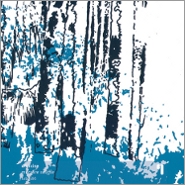 The true keeper on Morsure Souffle, the new album by d’incise (aka Laurent Peter, is the final track, “plusieurs altitudes” (MP3). It’s a long, rich sound journey, built initially on a torrent of chimes, a whirling, full-bodied flood that sounds like an orchestra of bells. This is slowly subsumed by surface noise, at first sounding like vinyl, but then, in time, exposed to be the effect of wind and motion on a microphone, because out of those endlessly ringing bells come voices, and footsteps, and motion — all manner of natural sound caught up in d’incise’s sampler.

More on the release at monocromatica.com/netlabel.

One thought on “Mediated Field Recordings by D’Incise (MP3)”