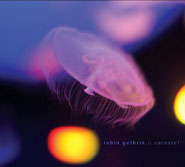 The sound is instantly recognizable as that of the Cocteau Twins. The thick, slow-moving gusher of decay. The glinting guitar lines that seem to echo forever. The limpid melody rendered lustrous. The maudlin temperament somehow, in fact, teeming with allure. This is “Some Sort of Paradise,” lead track off the new album, Carousel, by Cocteau member Robin Guthrie (MP3). And despite the self-evident languor of this instrumental pop tune, it is less somnolent than it is a hyperreal, widescreen simulacrum of somnolence. The full length is due out on Darla on September 28, with an EP, the promisingly titled Songs to Help My Children Sleep, due out on November 17.

The track first appeared at brooklynvegan.com.