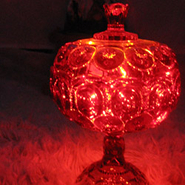 The drone that is Gavin John Sheehan‘s Shell of the Curved Centennial begins like nothing so much as the sound of a speaker attached to a stereo system that is not fully grounded. There is that low level buzz, less like a headache than a stray but insistent thought. It’s the electrical-audio equivalent of a breeze or, depending on one’s mood, a smell. What follows that opening drone, which quickly rises in volume, can be heard as a variety of things — as a down-the-rabbit-hole voyage into its dense drone-ness, or as a carefully delineated composition that explores the initial drone’s pulse and tone. One needn’t make an immediate decision — just listen as secondary and tertiary sounds make their appearance, slowly shaping the initial drone into an organ-like musical instrument. Pulses become beats, layers suggest harmonies, and gentle beading turns into an internal variety akin to some nanoscale chamber ensemble (MP3).