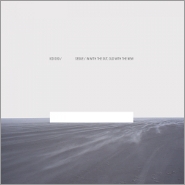 2 thoughts on “Electronic Minimalism, Pulses and All (MP3s)”