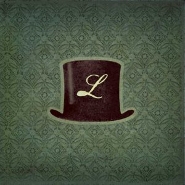 This week, the MP3 Discussion Group extends its Finnish fixation, by focusing its collective ears on the album Dustland by the duo Gentleman Losers — this following up recent group discussions of two efforts by Finland’s Sasu Ripatti (the new Vladislav Delay album and the new Moritz von Oswald album).

The Losers are the brothers Samu and Ville Kuukka, and Dustland is the group’s second commercial release. Their first album, which was self-titled, was released on the Büro label the back in 2006. Dustland was released earlier this year on City Centre Offices. Like Gentleman Losers, Dustland is a melodic instrumental collection, in which lilting songs meet up with light studio inventions, such as deep reverb and mechanized beats.

More on the band at gentlemanlosers.com and myspace.com/thegentlemanlosers. Gentleman Losers recently remixed the Bibio track “Haikuesque” for a forthcoming Warp Records release.

Participating in this week’s discussion are:

Matt Madden: “I’m a cartoonist, comics teacher, and sometime-critic living in Brooklyn. My first love was music and I try to keep a line open to the alternate-universe-me who became a musician. I’ll be channeling him here the next few days.”

The conversation will play out in this post’s comments section. This is by no means a closed discussion, so do feel free to join in.