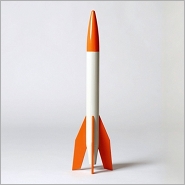 For the next few days, several fellow ardent listeners will join me here for the latest edition of Disquiet.com’s “MP3 Discussion Group.” We’ll be discussing the recent album by the Moritz von Oswald Trio, Vertical Ascent (Honest Jons). The trio is von Oswald, plus Max Loderbauer, and Sasu Ripatti. (Ripatti’s album Tummaa, recorded under the name Vladislav Delay, was the subject of last week’s “MP3 Discussion Group here.) Give a listen to the Vertical Ascent album via streams available at the website of its record label, honestjons.com. The week’s discussion will occur in the comments section below, and participation is, certainly, open to anyone who would like to join in. Thanks to the folk who have agreed to participate:

Colin Buttimer: I’ve contributed to Jazzwise, e/i, Signal to Noise, The Wire, Absorb, and themilkfactory.co.uk, and I currently write reviews for BBC Online. I’m responsible for Hard Format, a website dedicated to the sublime in music design. My listening habits since 2004 can be checked out here and everything else is at www.eleventhvolume.com.

Julian Lewis: I write much of Lend Me Your Ears, a UK/Spain-based MP3 blog with the accommodating mandate of covering “less obvious music.”In practice, this tends to mean most points along the electronica spectrum from drone to post-dubstep, and should probably include more jazz.

Alan Lockett: I’m a dabbler in electronic music reviews and commentary. Used to be a contributor to e/i magazine before it folded, but these days my writing is up on igloomag.com and furthernoise.org. Main interests currently lie in the ambient/drone area, but I also like to rummage around in the bins of the more adventurous quarters of techno/house and post-dub, picking up the odd scrap of IDM. I’m based in Bristol, in the Wild Wild South-West of England, which I like to think is a useful vantage point, being a breeding ground for stylistic currents that have impacted variously in recent decades on the electronic music landscape.

Joshua Maremont: I am a player of guitars, oscillators, and computers, based in San Francisco. My musical adventures on record have been with M-1 Alternative, Freezer, and ATOI, while I reserve the names Dazzle Painting and Thermal for my solitary sonic ruminations and keep Boxman Studies as my little label for noises without other homes. My listening obsessions wobble toward everything from mellotron prog and old metal to organic drones and installation music, from cold wave and minimal synth to shoegazing pop and head-nodding ambient dub, and I have written about a sliver of these in e/i magazine and elsewhere, as well as occasionally slipping them into DJ sets before anyone can stop me. I go to record stores by bicycle and only use headphones at home.

Michael Ross: I use a career as a music journalist to support my other career as a musician and producer. As the former, I write for Guitar Player, EQ, Sound on Sound, and puremusic.com, among others. As the latter, when not playing funk, country, and blues, I compose and perform guitar/laptop electronica under the moniker prehab.