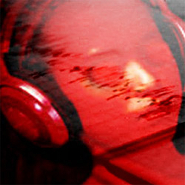 A lot of electronically mediated music and sound is described as “brainy,” usually with the term employed to suggest (or perhaps cover) dismissive intent. The word, though not the negative connotation, applies fully to Ganzfeld State by FSK1138, aka musician Donald Baynes. To record the lightly rhythmic works, Baynes used electroencephalography to map his own brainwaves back in August, and then used that data as the basis for the album’s sound. Some of the tracks add in vocal samples, among them an opening remix (a “Roshak Edit” of a song titled “Beneath Me,” which features a voice over from the Watchmen movie adaptation) and a track titled “I See Calculus,” in which the phrase is spoken over the electronica equivalent of an old radiator spewing metallic rhythms and hiss.

The standout track may be “Hushed,” which dispenses with the verbal toying and puts all its eggs in a fragile basket true to its title (MP3), a lightly flanged whir over the tribal beats of dust mites.

Get the full release at the Panospria netlabel (notype.com) or at its archive.org page.