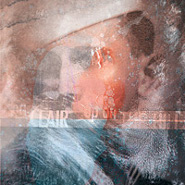 Organs, yes, but much of Thom Carter‘s field recordings taken at St. Mary’s, a church in Rye, England, are not of instruments but of people, and they show how people’s sounds can feel out the contours of a space. There are five tracks in all in Up on the Hill, which Carter released under the Son Clair pseudonym on the Elephants Music label. Tracks such as “Crowds in the Church” (MP3) easily take on the structure of music themselves, as they are revealed not as a solid block of ambient noise (voices, footsteps, mechanisms), but a many-layered audio track in which elements come to be like individual parts that rise and fall in the mix, slowly changing in time, dropping in and out of relative prominence. There is, as Carter writes in a brief liner note, bits of proper music, as it were, too, as when an “old man then sang the words ‘backwards, forwards, backwards, forwards.'”

Over at the label’s website, frozenelephantsmusic.com, one can not only download the full set as an archive file (ZIP), but stream the individual tracks — which in this case means that you can also easily stream all five simultaneously, an experience I highly recommend, as it creates layers of the already layered material.