A Distant Rainfall (OGG by Aairria) 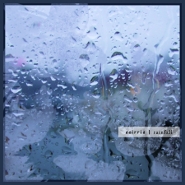 The rain is buried in “Rainfall,” lost in the thick mix of limpid synthesis and apparent manipulated field recordings. “Rainfall” is the title of an hour-long, single-track release by the prolific young Polish musician Marcin Drabot under one of his several pseudonyms, Aairria. By the time the rain becomes evident in the mix — the noise of water falling caught on some sound-recording device and then turned into audio art — it is more metaphor than object, a symbol of languor and malaise. You have to struggle to hear the rain at times, and when you locate it, it could just as likely be a river, or a sink. That’s how murkily deep it is buried beneath sci-fi moans and horror-show creaking and all manner of electrical chatter.

The track is available for download not as an MP3 but as a large OGG. Doing so is recommended, because the latter file is much larger (and, thus, more detailed) than the lo-rez one streaming above.