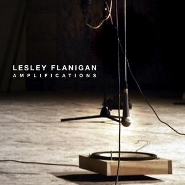 Lesley Flanigan‘s voice is so beautiful that you can often lose track of the often thick, crusty, feedback-laden, speaker-mangling sound that accompanies it in her recordings and performance. Flanigan layers her voice to suggest an angelic choir, all the while her handcrafted “speaker electronics” emitting waves of broken white noise. One fine example is “Snow,” off her 2009 album Amplifications. The track begins as little fissures of sound — along the lines of the aural glint that occurs when someone plugs in a guitar — and her voice doesn’t appear for some time, which allows the listener to focus on the rich tones, the beading pulses, and the sine-wave counterpoint (MP3).

Those sounds are produced on exposed-speaker instruments of Flanigan’s own design and construction, as shown in this image from her site: 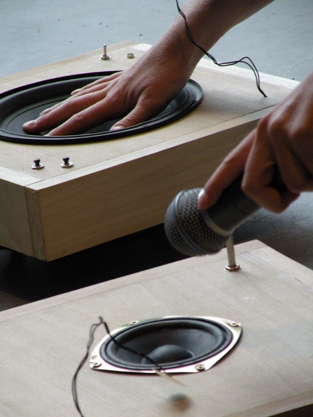 More on the project at lesleyflanigan.com.