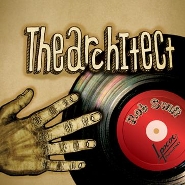 Class distinctions and cultural assumptions aside, classical music isn’t foreign to hip-hop. Violins are a common emotional cue for producers, and enough hip-hop hits — from Coolio to Nas to the Beastie Boys, just to name a few — have sampled classical music to register it a common if not everyday occurrence. Hip-hop is often symphonic, built on over-sized emotions, dramatic syncopation, and room-filling sound. But DJ Rob Swift makes the connection literal on his forthcoming album, The Architect, due out February 23 on Ipecac (the record label run in part by Mike Patton, patron of noise and benefactor of sonic irritants).

Swift is a veteran turntablist, best known as a member of the ace ensemble called X-Ecutioners, who were to turntablism what the Mills Brothers were to vocalizing and the Harlem Globetrotters are to basketball: showoffs turned showmen who make crowd-pleasing entertainment out of incredible choreographed feats. (More recently he’s recorded as part of the trio Ill Insanity, with DJs Total Eclipse and Precision.) For The Architect, Swift is pretty much on his lonesome, and he has reportedly focused on classic-music samples for the entire album. That’s certainly evident in the one track made available thus far, “Raida – 2nd Movement,” which opens with beats that could date from a Run-DMC single, before the source material slowly makes itself clear during a richly orchestrated and melodramatic fade (MP3).

There’s a video for the track on youtube.com, showing Swift walking through Manhattan and up the stairs to the great second-story record shop Fat Beats.

More on Swift at djrobswift.com and ipecac.com.