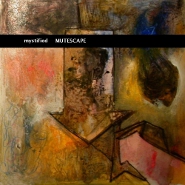 This is an older piece by Thomas Park, who under the name Mystified has recorded a large amount of music, some of which has been featured on Disquiet.com in the past. “Mutescape,” as the piece is titled, dates from February 2006, and it came to my attention as I looked into “acoustemology,” the reduction of “acoustic epistemology” that served as a conceptional framework for the article on the soundscapes of New Orleans by Matt Sakakeeny, featured here this past weekend (disquiet.com). That research led me to the website of Steve Bradley, Associate Professor in the department of Visual Arts of University of Maryland, Baltimore County, who employs student soundwalks as a core part of his pedagogy. (It was Bradley’s website, at umbc.edu, that led me to a concise definition of “acoustemology” by Steven Feld, the man who coined the word, in an interview conducted by Carlos Palombini.)

All of which is to say, Park’s “Mutescape” is a softened urban soundscape — it’s less a soundwalk than it is a midday soundsleepwalk, all the activity of modern city living, with the rough edges smoothed off, and the dynamics reduced until what had been cacophonous has become mellifluous (MP3). If “acoustemology” is a sonic means to know a given place (the way specific sounds and qualities of sound combine to a place-specific sonic gestalt), then “Mutescape” is a kind of artistically applied acoustemology.

Writes Park of the process that led to the piece’s composition:

As I live on a very busy streetcorner, and love the sounds of music and silence, I have wondered from time to time if it would be possible to take the world around me and to ask it to be a little more quiet. Could I mute the street traffic, the dogs barking, and the folks out waiting for the bus? In “Mutescape”, I took a single field recording of my neighborhood, over 33 minutes long, and subjected it to a series of compressions, eq shifts and effects. My goal was to replace my surroundings with a quieter, dronier version of themselves– perhaps as a sleep aid, a relaxant, or just as an object of interest. The result, I think, works– the filters and effects emphasize the tonal quality of my sonic environment, and there is a pleasing consistency to the piece. I hope you agree!

More on the Park/Mystified release at archive.org. Visit his website at mystifiedmusic.com.