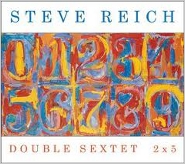 The first time Steve Reich‘s music was the focus of a major remix operation, it culminated in Reich Remixed, a 1999 collection that set the likes of Coldcut, Andrea Parker, Nobukazu Takemura, and others on such minimalist monuments as “Music for 18 Musicians,” “The Four Sections,” and “Drumming.” Of course, this is almost a decade after the Orb worked Reich’s “Electric Counterpoint” into its “Little Fluffy Clouds,” a successful classical-pop graft that made it the Reese’s Peanut Butter Cup of electronica.

Nonesuch, Reich’s longtime label, was still coming up to speed on the concept of remixes. At the time, Howie B (then perhaps still best known as part of the quartet Skylab), told me of his experience being invited to participate: “They turned around and said, ‘Can’t you sample off the CD?’ and I went, ‘No, that’s not why I’m doing it. I want to touch on the sounds that were there.’ It’s not like doing a normal remix.” In other words, the label’s idea of a remix was working from the completed track, not from the multitracks, which while certainly common, undermined the creative potential of the contributing musicians.

Times have changed, and the understanding of remixing along with it. As of this morning, the pristine, entirely separate, eight constituent parts of the third movement of Reich’s composition “2×5” have been made available for downloading and remixing, as part of one of the remix contests at indabamusic.com. The basic stems set breaks it into eight parts: two bass, two drums, two guitar, two piano. That’s something of a reduction of the original, because “2×5,” as the name suggests, features not eight but ten musicians (two equally matched five-piece rock bands); the stem set combines the two drummers into one track.

Don’t despair; there’s also a 20-track advanced set that, true to Reich’s emphasis on percussion, breaks the drum set down even further. The judges for the contest are Reich himself and Christian Carey, who’s a faculty member at the Manhattan School of Music. The due date for participants is November 2. Get the full set at indabamusic.com.

“2×5” had its recording debut earlier this year when paired with “Double Sextet,” which won the Pulitzer Prize for Music last year, in a performance by Bang on a Can (eighth blackbird performs the other work).

My interview with Reich, and some of the contributing musicians, on the occasion of Reich Remixed here: “The Public Record.”