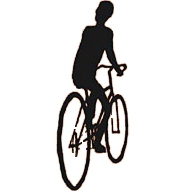 It should be no surprise that when David Byrne was finalizing plans for an audiobook version of his mobile memoir, Bicycle Diaries, he didn’t just hire a B-movie actor to read it it, nor did he merely read it himself. He enlivened the entire enterprise with an ever-changing sonic backdrop (and, yes, he read it himself). By doing so, Byrne arguably created the rare audiobook that may be better than the written book (print or e-) itself. (That’s not to knock audiobooks — if you enjoy Don DeLillo, you owe yourself the experience of Stockard Channing reading Mao II, and The Body Artist is almost certainly more fulfilling when Laurie Anderson reads it.)

At his website, davidbyrne.com, there’s a taste of his literary-alchemical ingenuity. Click on the “Sydney” track and you’ll notice several things. There is his distinct speaking pattern, which is slurry and lispy [update: see comment] in a way his singing never seems, and then there is the gurgling didgeridoo underneath. Audio cues like that earthy glottal woodwind are used to underlay various moments in his recounting of events and observations.

And as of earlier this week, over at boingboing.net, they’re now hosting an excerpt from the book — and it’s at least the third or fourth generation of the story’s telling, depending on where you start counting. An excerpt from his “Berlin” chapter is reproduced, along with little audio-cue buttons that let you hear something: an urban soundscape, what appears to be an excerpt from the score to The Lives of Others, even bits of what seem to be original compositions (click on the arrow after “The Easties couldn’t afford it” to hear some lovely incidental music).

It shouldn’t be a surprise that Byrne could alter one’s expectations about narration. He’s argued in the past for the artistic potential of PowerPoint, and mixing sound and text here suggest another kind of bare-bones multimedia show that suits his trademark sense of economy.