There are two subsets of ambient/electronic music that often get overlooked in discussion. One is the instrumental backings of hip-hop (and, increasingly, r&b and pop songs), which are constructed from fragments of samples in a manner that would make John Cage or John Oswald proud — and whose inherent abstractions become self-evident when relieved of the songs’ vocal content. Much of my music-buying every month is of instrumental hip-hop tracks, yet year in year out I never seem to make much progress on putting an end-of-year list together of my favorites.

In any case, the other subset is soundtracks, not just to films, but to television, video games, advertising — and, increasingly, to consumer devices, such as alarm clocks. Easily one of the most intoxicating electronic “hits” of the year was Chilly Gonzales’ “Never Stop,” which appeared in several iPad commercials. I, personally, consume far more television than I do movies, and I need to pay more attention to television incidental music. That is, I pay attention to it — I’m especially fond of the late Rubicon, of The Walking Dead, of Big Love, of Fringe and, of all things, of CSI: Miami, the latter of whose sound designers have been out of control lately — but, again, I never seem to manage to get a proper list together. (NCIS, by the way, deserves some credit, too; that show has an almost vaudevillian approach to music timing.) Perhaps next year.

Now, there may be far fewer films — and, thus, far fewer film soundtracks — than there are non-soundtrack CD releases each year, but like any such list, this one is still hampered by how much time I have. (It’s also hampered by how many scores are actually released commercially, though I’ve come to understand that’s become less of an issue thanks to digital-only albums.) There are many 2010 movies I didn’t have a chance to see, especially ones with work by some of the leading composers in the realm of so-called underscoring, in which the music bleeds into the sound of the film, such as Gustavo Sanaolalla (Biutiful), David Holmes (The Edge), and Lisa Gerrard (Oranges and Sunshine), just to name a few.

All of which is to say, here are the 10 movies scores of the year — scores that employed tenets of an ambient/electronic approach, alphabetized by movie title. 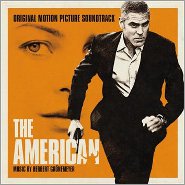 1. The American Herbert Grönemeyer (EMI) No major motion picture this year confronted silence — or at least the absence of speech — with the elegance and coherence of The American. The story of a mercenary gun craftsman on the run in Italy, it probably has less dialog than does any other movie to open in the top three, let alone the number one spot. Grönemeyer, as a result, has vast spaces to fill, but he does so without ever letting the audience lose a sense of the sounds of the world, whether it be the workspace where the gunmaker plies his trade in secret, or the city and rural environs he finds himself in. One particularly great scene has him timing his efforts so that he can mask his hammering with the ringing of church bells. Of course, that scene’s credit goes to the movie’s director, Anton Corbijn, but it provides a sense of the silence-coaxing context in which Grönemeyer was composing. 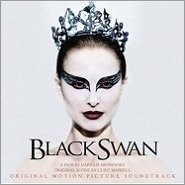 2. Black Swan Clint Mansell (Fox Music) Martin Scorcese’s Shutter Island wasn’t the only film this year to take classical music and let it serve a psychological thriller. Here, it is, of course — we are talking about ballerinas — Tchaikovsky’s Swan Lake, but mixed with Mansell’s trademark electronic textures. It isn’t quite chopped and screwed, but it’s enticingly on its way there.

3. The Fighter Michael Brook (Relativity) Michael Brook is one of those few composers whose scores are always listenable unto themselves, apart from the films they serve, and yet they serve the film nonetheless. It was very risky for this particular film’s director, David O. Russell, to align his movie’s desperate realism with Brooks’ fourth-world dreaminess. But Russell no doubt heard in Brooks’ tonal sketches something akin to the flow of blood in one’s ringing ear. 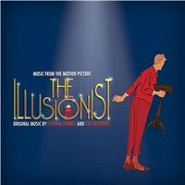 4. The Illusionist Sylvain Chomet (Milan) This is, on the surface, by far the least technologically mediated of the soundtracks listed here, but it’s not only for association with the winning Triplets of Belleville score that director Chomet draws attention. His take on jazz and chanson pastiche emphasizes atmospheric content over song content in a manner that’s quite conscious of the functional purpose of popular music: as a soundtrack to goings-on, as a mood-setter. There’s also, for all Chomet’s love of swing, an animator’s metronomic pulse in everything he does. Just listen to the pitter-patter xylophone in “Blue Dress,” or the piping piano of “Paris London.” 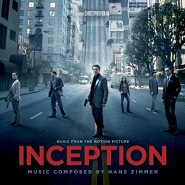 5. Inception Hans Zimmer (Warner Bros.) No score this year got more attention, and deservedly so, for its accomplishment in taking narrative structure to heart. Inception would be receiving major year-end praise if only for its utilization of elements of “Non, je ne Regrette Rien” by Edith Piaf to seem as if Zimmer had majestically slowed it down, matching the relationship that the film suggested between nested dreams and temporal experience. But, in addition to that, Inception is simply one of Zimmer’s best scores. Along with Sherlock Holmes, it shows that he’s moving away from the synthesizer-driven material with which he’s long been associated. (And, in a true act of dedication, he and director Nolan then teamed up with the crew behind the iPhone reactive-audio app RjDj — more on which when I post the best iOS apps of the year.) 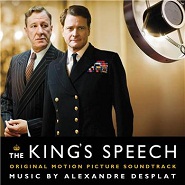 6. The King’s Speech Alexandre Desplat (Cutting Edge/Decca) The rare orchestral score that is subdued, truly subdued — not Mahler-subdued, all that inner turmoil, but Satie-subdued. The movie is about a British royal overcoming a speech impediment. The work probably served as a good balance as Desplat toiled around the same time on the score to a film about another anointed one overcoming childhood trauma and gaining leadership skills and self-confidence: Harry Potter and the Deathly Hallows Part 1. 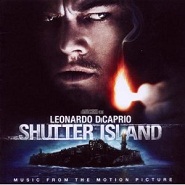 7. Shutter Island various (Rhino) Not a particularly great film, but a fascinating score. No original music, just various greatest hits of 20th century (and some 21st century) classical music. To use Ingram Marshall’s “Fog Tropes” (performed by the Orchestra of St. Lukes, conducted by John Adams) in a psychological thriller would be obscene, only if you live in a world that cherishes the self-ghettoizing of classical music. Also here: Nam June Paik, Brian Eno, John Cage, and Max Richter, among others. The approach brings to mind Stanley Kubrick (think of all that Ligeti in 2001: A Space Odyssey, forcing out poor Alex North’s original music), though apparently it was not the film’s director, Martin Scorsese, but instead Robbie Robertson (of the Band) who put it all together. 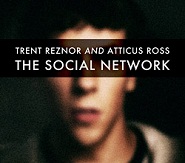 8. Social Network Trent Reznor and Atticus Ross The movie is directed by one of the most formally accomplished filmmakers, David Fincher, and written by one of the contemporary screenwriters most comfortable with theatrical staginess, Aaron Sorkin. So who better than rock’s romantic figure with the drum-machine heart to score it. Reznor and his colleague Ross turn in a spectacle of cold-bloodedness, emotional short circuits, and frayed nerves. (The one unfortunate thing about the score to Social Network is how frequently it is attributed solely to Trent Reznor, when in fact it plainly bears a dual credit between Reznor and Atticus Ross. So, also check out this year’s The Book of Eli, which Ross scored by himself. Lackluster movie, but a bracing score; Ross funnels ragged industrial pop into a song-less space that is rich and vibrant.) 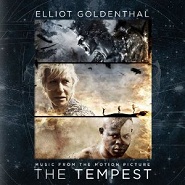 9. The Tempest Elliot Goldenthal (Zarathurstra) Goldenthal is one of the most scene-chomping film composers of our time, and yet there’s always a detail-mindedness to his work. There’s something about his broad palette, his mix of rock’n’roll energy and minimalist patterning, that makes him a kind of Hollywood kin of the Bang on a Can folks. He especially goes all out when he teams with his wife, director Julie Taymor, as he does here. 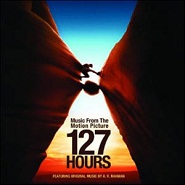 10. 127 Hours A.R. Rahman (Interscope) It isn’t a surprise, after the triumph that was Slumdog Millionaire, that its director, Danny Boyle, would re-team with its composer, A.R. Rahman. What is a surprise, one that speaks to Boyle’s counter-intuitive imagination, is that he brought Rahman, one of the major figures in Bollywood movie music, to work on a film that takes place in desolate Moab, Utah — and that Rahman would, for the most part, rein in his penchant for the boisterous in favor of a story-appropriate aridity.