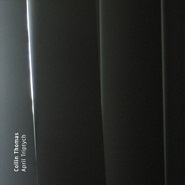 Morning, afternoon, night — these are the waking periods of the day, and they are also the movements of “April Triptych,” the lengthy sound recording by Colin Thomas. Opening with birdsong heard over attenuated tones, it takes its day-tracking literally, though never pedantically. As the hours proceed, new birds appear, signaled by new songs, and the sounds get rougher and darker and more forceful, pushing the birds at times further to the recesses of the track’s sonic profile. The new foreground suggests human activity, even if it is wordless. The mix throughout of birdsong and tentative piano notes brings to mind Brian Eno’s Thursday Afternoon, or Harold Budd at his most self-sublimating. Many works of music that appropriate sounds of the real world as part of their composition employ them as snippets or raw source material for subsequent signal processing. Here it’s almost a duet, in which Thomas shares the duties with Mother Nature — though the brief liner note makes clear that the field-recording portion of “April Triptych” is itself a conscious construction of found sounds.

Warning: the file is absolutely enormous, at over a quarter of a gigabyte (MP3).