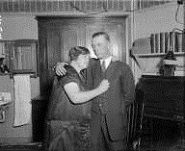 Nostalgia is not an unfamiliar mode for techno. There’s a downbeat aura to its dance-floor drama, one as much about missed opportunities and lost love as it is about promise, hope, the future. The older that techno as a genre gets, even as the music itself progresses, the more its implicit vision of the future becomes an inherently nostalgic one, longing to be measured against past accomplishments. As the canon of great techno albums and great techno events solidifies, musicians must do battle as much with the past as they do with their contemporaries. This is true of any art form, but for one that, like techno, is founded on futurism, the idea of making peace with the past carries additional weight.

And, in the right hands, additional irony. There is no smirk to Extravagance, no wink, but there is a sense of distance from the subject matter that could just as well be called irony. Don’t judge the album’s cover, shown above, too quickly — what is wrong with pointing out that since the dawn of recorded music there have been forlorn lovers and listeners?

And what else to term a record, credited to Rad Manor, that before diving into commendable, slowly spun beats, opens with an ancient bit of radio pop (what sounds like, perhaps, a singing cowboy) whose archaic sensibility is echoed, literally (layers flange it beyond comprehensibility), and then supplanted by a somewhat morose piano that sounds like nothing so much as the funeral dirge for the singer (MP3). This first track, “Anselmo,” bears little immediate resemblance to the two that follow. It opens and closes with the familiar static of old vinyl, a kind of magical touch since the music heard above (perhaps “amid” is a better term) that vinyl is so radically different at the start end end of the track. But it’s nowhere as different as what follows. “Rave Names” and “White Lighter” are the names of two tracks of what would be more familiarly termed techno, the first of which is especially admirable for its disparate, arid percussion.

Rad Manor is a name employed by Jacob Wright, who lives in Redlands, California, by way, reportedly, of Las Vegas, where perhaps he got his taste for old-school lounge music. Get the full release, for free download, at archive.org. Released late last month by the pandafuzz.com netlabel.