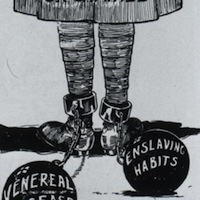 A traffic report intrudes on Joe Merolla‘s solo cello performance. The intrusion is expected. Merolla’s piece bears the title “Sinfonia di Violoncello e AM Radio,” which of course in Italian means that it’s a work for cello and AM Radio. The fact that the title is in Italian lends it a certain futurist je ne say quoi, appropriate to the work’s embrace of everyday noise and its grounding in classical music. The discordance of the cello part seems play various roles here. It is, at its core, an aesthetic decision, a form of playing that distinguishes the material from the traditional repertoire through an embrace of noise, noise being the calling card of futurism. (The word “traditional” is employed here with some trepidation. At this point, there’s enough of an avant-garde history that it serves as its own tradition.) It’s also a reflection of the noise of the radio. And the cello appears to move amid the radio, responding to unexpected surfacings. In any case, the traffic announcement is an especially welcome element here, because it serves as a kind of chance play-by-play for the work itself, which is focused on intersections and crisscrosses.