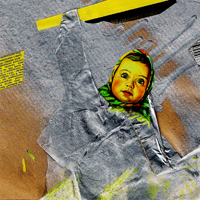 The so-called “long read” is a symptom of our time. It isn’t called the “considered read,” because anything, long or short, can be read with determination and attention. And it isn’t called the “long write,” because for one thing short pieces can take longer to write than do long ones, and for another phrases like “long read” are more likely to take root as common utterance if they flatter the audience.

In any case, the concept of a long read begs the question, What is a “long listen”? Arguably, the thing doesn’t exist — at least not as a willfully anomalous media form. Long-format is the longstanding format for music, in the mode of the full-length recording. Even if the “album” is fading in favor of individual songs, the fact remains that the majority of those songs are still being released as part of a larger parcel. Most singles are still tails trying, in vain perhaps, to wag a full-length dog. In other words, while long reads stand out as peculiar objects in our written-soundbite time, music continues to appear on the market in a manner that is inherently time-consumptive.

And that’s speaking of commercial music. In experimental improvisational music, the long performance is the norm. Pieces often veer toward the realm of an hour in length, in order to give the musicians space to get lost in. Take Crash Duo, a French duo, whose “Crash au PÃ´le” recently appeared on the netlabel Amplified Music Pollution, which is based in Guadalajara, México. It’s a sprawling work, moving from spare techno dread, through guitar-drenched reverb, to freeform space of broken radio signals, to folktronic reverie (MP3). It’s to the piece’s credit that it manages to both retain a certain dub flavor throughout, and still wander through impressively varied subsections. Crash Duo consists of Orléans-based Ayato, who plays “prepared guitar, cassettes, turntable, sanza,” and Paris-based Anton Mobin, who plays “prepared chamber, tape head, cassettes, radio, axololt,” and whose name looks like a play on Amon Tobin.

Track originally posted at archive.org and amp-recs.com. More on Crash Duo at crashduo.blogspot.com, on Ayato at ayato-sn1984.blogspot.com, and on Mobin at antonmobin.blogspot.com.