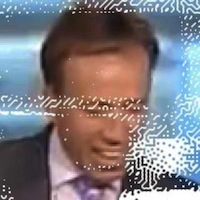 As of this typing, the 18 seconds of static that I recorded off my hotel radio in Evanston, Illinois, last weekend has been played over 350 times on soundcloud.com. That’s 105 minutes of a bit of noise that served more as a trigger for an extrapolative thought process than as actual listening. The noise occurred when I hit a button marked “classical” on the bedside radio. The button was, presumably, intended to be preset to the local classical radio station. Instead, it was untuned, or tuned to a near-dead zone between stations, yielding a particularly minimal techno.

Now the frequent SoundCloud poster, and Disquiet Junto participant, Jmmy Kpple has gone and riffed on the source material. His tweaking of the 18 seconds has extended it by nearly three full minutes, which collectively are titled “AntiGravity Certification #4 [@disquiet’s radio].” It’s the originating rough noise, with its beat slowed to from a twitch to a scratch, along which a sonorously fluctuating wave hovers, while another flanges up and down, like something emitted from a bit of sci-fi tech in a Cold War”“era horror film when the device gets a little too close to a man paid union scale to roam the set in a rubber suit. Which is to say, it sounds great.

Kpple tagged the creation with the characteristic “cheap concrete” genre neologism. It was especially interesting to have Kpple’s take on the near tabula rasa of that static, because the other work enacted under that name has been both enticing and remote — Kpple’s identity on SoundCloud (and at twitter.com/jmmy_kppl) is one of the most accomplished acts of ecstatic minimalism in recent memory: in sound, and image (note the slightly obscured avatar up top, with its mix of Negativland-like celebrity blankness and serrated-GIF disruption), and text (a typical Kpple track comment is a mix of vibrant disjuncture and odd characters turned into glyphs through repetition and spacing, such as “///Thanks! I guess i chose *undramatic* when i should have said something like u n e v en t f u l perhaps” and “[ w a r m c r e a k i n g & d r e a m s c r a p e &rt;”).