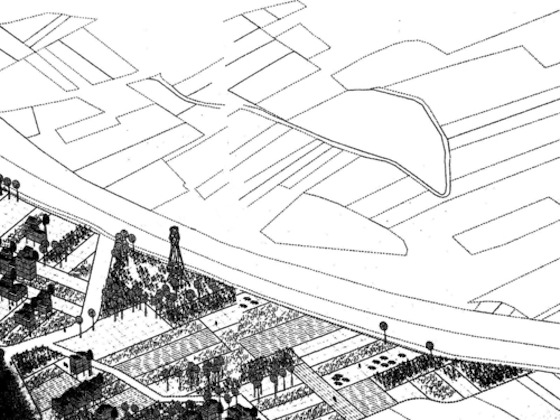 Not all is grey static in the sound world of the excellent broadcast/podcast series Radius, out of Chicago. As always, it takes the phenomenon, the practice, of radio as its subject, but not every Radius participant tunes to the near-dead space between stations. The entry by Desh & Ekis, “Xprmtal Short Wave Radio B-Side (Radius Edit),” is a mix of serrated, burnished, but still quite audible and intelligible signals, from spoken bits to ceremonial drumming. The duo, who are based in Madrid, Spain, are willfully less easily scannable in their project description:

Nonetheless, their mundane fantasy of subverted communication has a rich narrative groove to it, not the groove of metrically coherent rhythm but the groove of sequence, of found sounds paced and given associative power through contrast and accrual. The slow fade-out is a bit of a cheat in most experimental music, but here, as the sounds wind down, there’s a sense of the disparate noises, bonded by chance intervention, finally giving way to entropy.

Track originally posted at theradius.tumblr.com. More on Desh at digikampradesh.wordpress.com and on Ekis at facebook.com/ard2music.