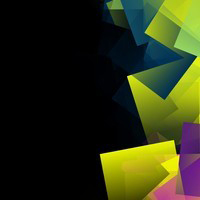 The wndfrm track titled “Further” lists itself on soundcloud.com as playing at the intersection of four vaguely defined genres: “dub techno,” “ambient,” “fieldrecording,” and “dubtechno,” in that sequence. Perhaps that is three genres, not four, since the absence of a space is all that distinguishes two of them. The doubling up on these two slight variations on dub techno speaks to the desire for category association that informs much activity on SoundCloud, the hope on a musician’s part that a given individual track will, amid those posted on and listened to on the service’s some 10 millions (yes, 10 million) accounts, find its appropriate audience. As with the fly in the typewriter in Terry Gilliam’s Brazil, a simple missing character can threaten to lead to the divergence of two entire realms of listening — or at least be felt to. The emphasis that wndfrm has put on dub techno, the effort to assure that both variations are applied, isn’t just in the track’s favor; it’s in dub techno’s favor. It raises the subgenre’s aspirations. Much dub techno is simply the two things combined: voluminious reverberations amid, or put upon, the somewhat dulled clang of electronic percussion. But “Further” is a welcome melding. The techno, to begin with, is severely muted, the percussion little more than an insistent shuffle and beading background pulses, and thus the dub is less a matter of those beats themselves echoing, and more a generous space in which the minimalism plays out. Arguably, the song “Further” is closer to “dubtechno” than to “dub techno” in that it is a conscientious amalgam.

The embedding feature on SoundCloud isn’t working at the moment, but the track is available for streaming and free download at soundcloud.com/wndfrm. More on wndfrm, aka Tim Westcott of Portland, Oregon, at twitter.com/wndfrm.

One thought on “Dub Techno vs. Dubtechno”