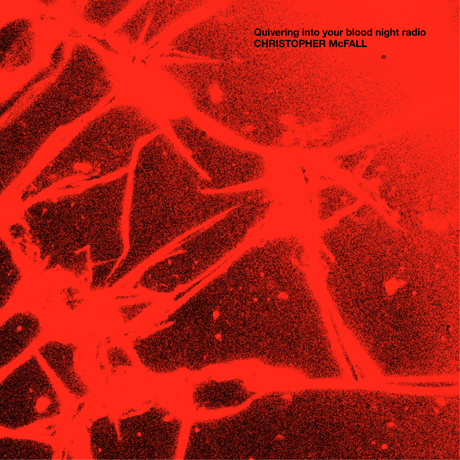 Christopher McFall’s Quivering into your blood night radio takes as its subject the movements and echoes of a Kansas City train depot called Union Station, an old landmark whose halls have long been attractive to him. The result is a deeply reverberant music that melds rhythmic drones and more recognizable field recordings, ranging from what appear to be snippets of archaic, jazz-era pop standards, to the motions of individuals within the grand hall. Writes McFall of his focus on Union Station:

I’ve often felt that the echo within the space from the musical backdrop comes across as rather haunting when combined with the sounds of visitors moving about throughout the terminal. So, this environment has served as the foundation for constructing this release.

Tracks originally posted for free download at impulsivehabitat.com, where it is available as both MP3 and FLAC.