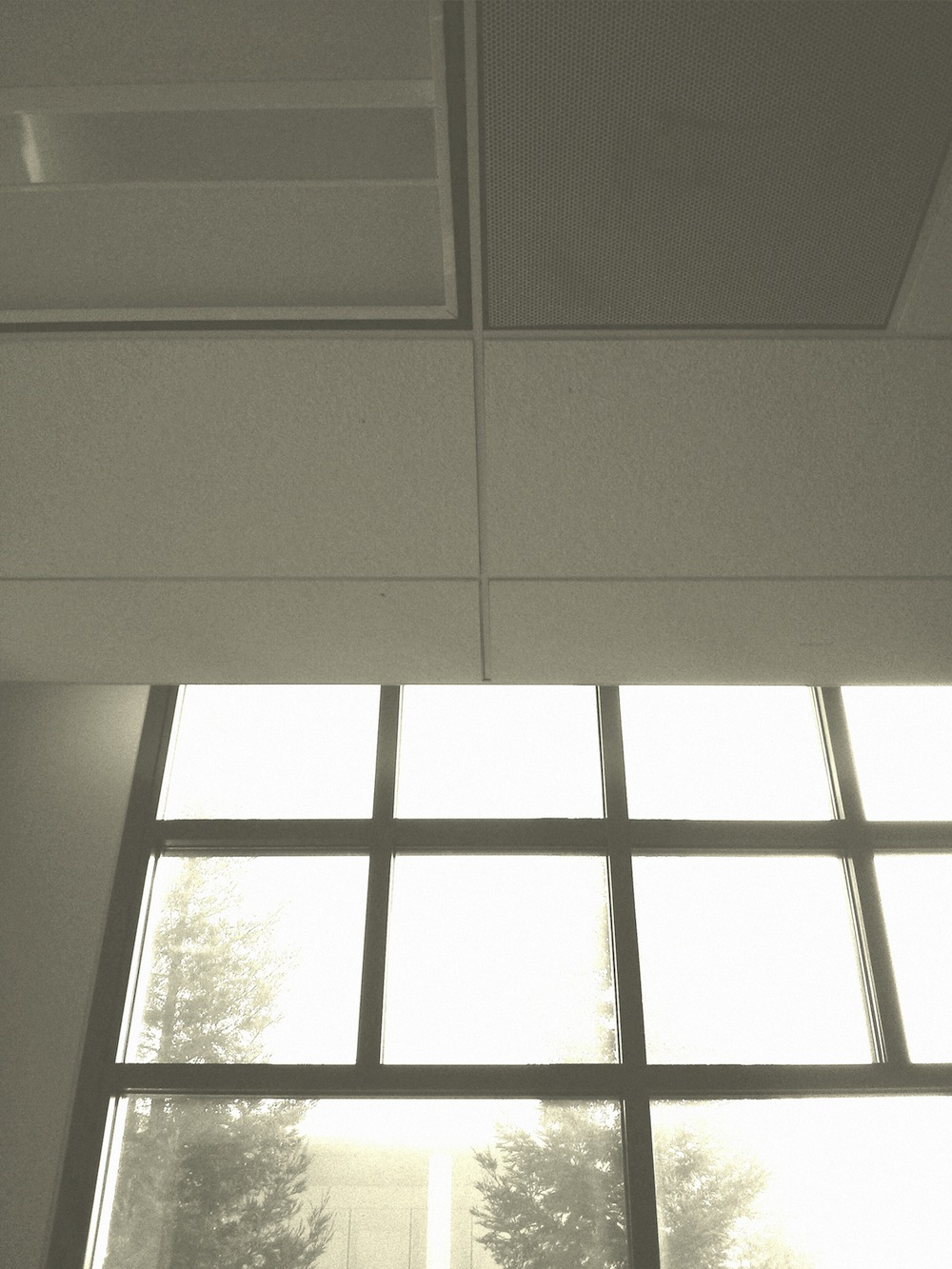 There’s an underlying drone to most large buildings, especially to those that prize a relative approximation of hermetic enclosure. Libraries, hospitals, factories — they all produce noises as a result of their activity, but they also have at their core a root drone, the building’s equivalent of something located somewhere between room tone and soundscape, between the intimacy of a truly confined space and the largely unintended sonic component of the overall location.

The following audio is the HVAC drone in a self-contained study room at a library that I frequent, up at Sonoma State in California, about an hour north of San Francisco, where I live. In person, this drone can have a sheer rush to it, a sense of energy that this recording doesn’t quite capture. It can project the sense of wind, even though this particular room, a small one, like the rest of the library, is entirely still. The result is a matter of disorientation: being alone in a placid space while the sounds suggest you’re at the top of a perilous shaft.

There are some flubs in this audio document, some shifting of a finger on the recording device, and later another finger on a key on a laptop. I could have re-recorded it, but consciousness of the avoided errors would have just had the ear listening for further desecrations. If anything, the odd flub can aid in a field recording of background noise by helping the ear keep the subject in relative focus.

This was recorded directly to the MP3 format on an Olympus VN-8100PC. Photo take on a Nexus 4 and filtered for contrast and affect in the app Pixlr Express.