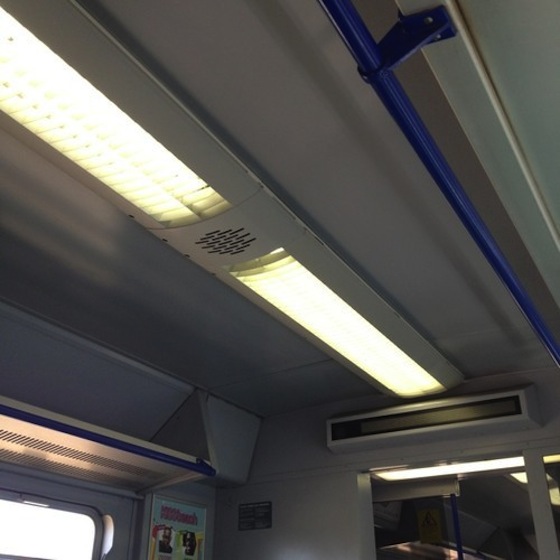 Dizzy Banjo, aka Robert Thomas, has made countless iOS devotees appreciate the musicality, the sonic essence, of everyday noises through apps like RJDJ, as well as prominent developments associated with the film Inception and the last of Christopher Nolan’s Batman movies. In those apps, quotidian noise gets transformed into rhythmic, tonal, often melodic explorations that highlight the musicality of the source material. And then, sometimes, Thomas simply posts unmediated raw recordings of everyday sound to his soundcloud.com/dizzybanjo account, such as the recent “Whining Train Carriage Chassis at Stratford Railway Station (SRA).”That could be the title to a lost Raymond Carver short story. And in a manner it is, in that by focusing on the electric whine of the transit system, Thomas emphasizes the droning anxiety of the commuter’s routine.