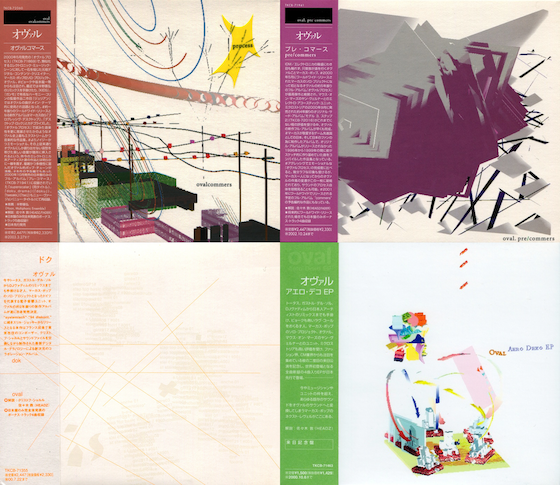 â—¼ Oval Gratis: Oval (Markus Popp) has posted for free download four complete albums from 1998 to 2001: Aero Deko, Dok (embedded below), Pre/Commers, and Ovalcommers. They’re also streaming at those addresses. … Related: Popp has posted a series of audio interviews at his SoundCloud.com account. So far there are two in English and two in German. … Update (20130613): A fifth free album download has been added, 1999’s Szenario.

â—¼ Trainspotter Spotter: New Funki Porcini album, Le Banquet Cassio, streaming at funkiporcini.bandcamp.com. Among other highlights, there is a track, “Foamer,” featuring a looped sample of a trainspotter freaking out over the sound of a horn:

â—¼ Sonic Purge: “Maybe take an air conditioner hum and run it through Camel Phat and see what comes out.”That’s The Purge composer Nathan Whitehead on his compositional toolset, at futurecomposer.com.

â—¼ Chairmen of the Boards: “You can pick out a melody from the squeaking rusty chains of a swing. I once zoned out to a melody I could hear in the TGV [high-speed train] from Paris to Geneva, and it turned out to be harmonics coming from the rails vibrating under the train.” That’s Mike Sandison, one half of Boards of Canada, in email correspondence with Jon Pareles of the New York Times for what is reportedly the only “their only United States interview” for their new album, Tomorrow’s Harvest (Warp). There’s also a nice bit about the texture in the album’s track “Semena Mertvykh,” courtesy of the other half of Boards of Canada, Marcus Eoin: “It was performed into a dissected VHS deck with the motor running super slowly, so you can hear all the pockmarks, the dropouts on the tape.” 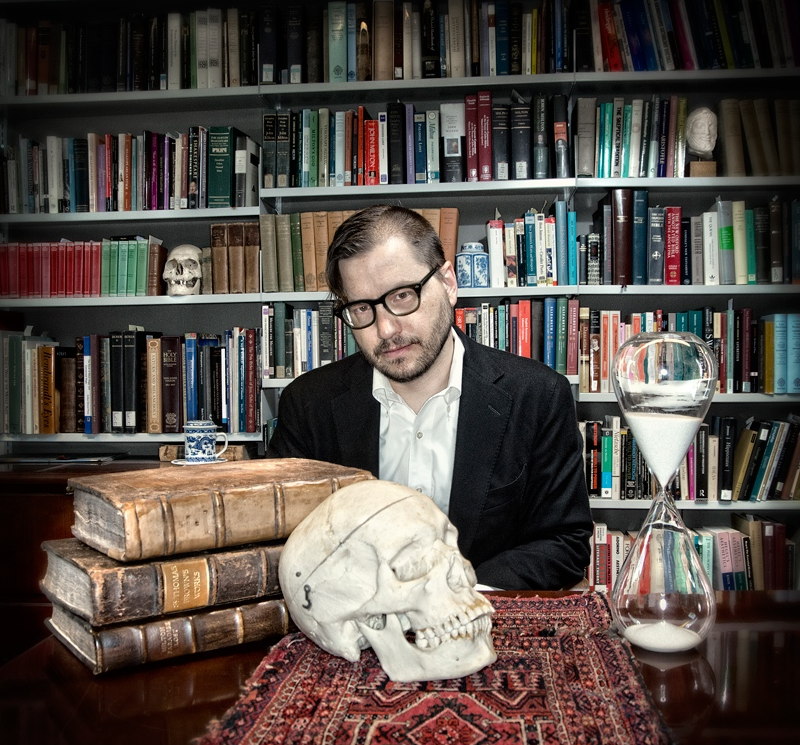 â—¼ Melancholy Assemblage: Great interview, if slightly off the topic of music and sound, at citypaper.com with Drew Daniel of Matmos on the publication in book form, The Melancholy Assemblage: Affect and Epistemology in the English Renaissance (Fordham University Press), of what originated as his Berkeley PhD dissertation. Not that it’s entirely off topic, given its focus on “assemblage.” Says Daniel, “I added the concept of the ‘assemblage,’ asserting that melancholy is not just an emotional state inside of one person but a socially extended phenomenon, something that connects bodies, signs, symptoms, and persons together.” The photo, above, is by Chrisopher Myers and it accompanies the interview. It was shot in Daniel’s office at Johns Hopkins University, where he is an assistant professor of English.