Machinefabriek homesteads the tiny spaces in between songs. 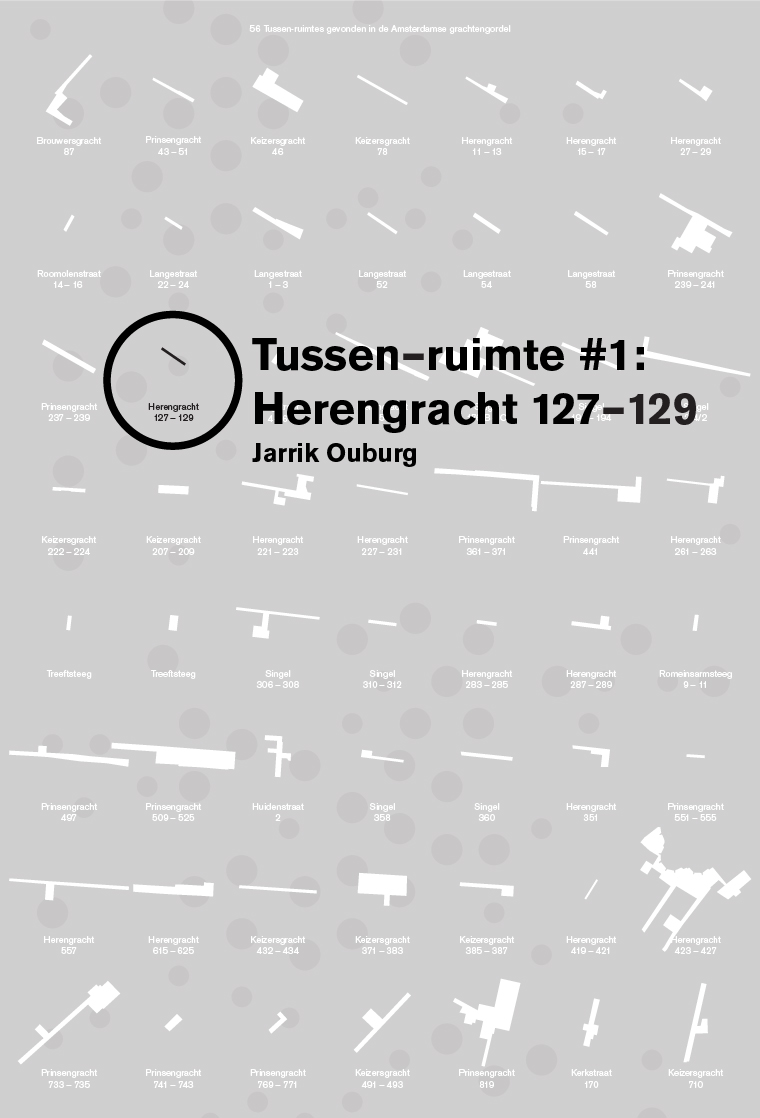 Each of the silhouettes in the above image portrays a different narrow, alley-like place in Amsterdam. The term for such places in Dutch is “tussen-ruimte,” which means a “between-space.”

The term also serves as the title for a month-long series of events and exhibits, including walking tours and installations and films, in Amsterdam, put together by the Castrum Peregrini cultural organization. The Tussen-ruimte program runs from yesterday, August 22, through September 22. Among the films, naturally, will be work by the late Gordon Matta-Clark, whose split houses set a precedent for this sort of investigative operation, as did, more specifically, his purchase in the early 1970s of dozens of tiny plots of land around Manhattan. The latter project he called “Reality Properties: Fake Estates.” Here is an image of his sketches of some of those plots: 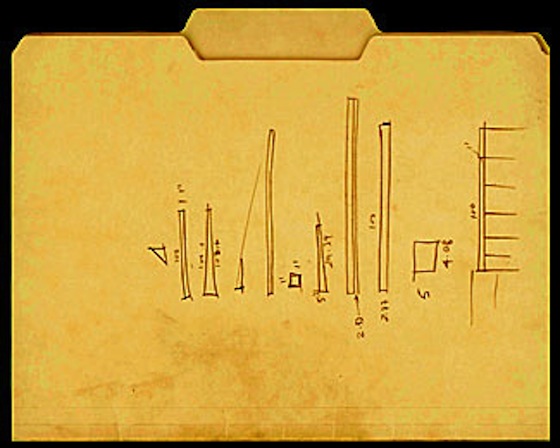 Also participating in Tussen-ruimte is Rutger Zuydervelt, the musician and sound artist better known as Machinefabriek. His “Grachtengroeven” installation explores the between spaces of vinyl records, better known as grooves. Here is a recording of one of his locked grooves. The repetition has the sense of someone pacing in circles, as if trapped in a confined area, and resulting audio presents a claustrophobic sound design, all pneumatic thudding and electrical whir. It could easily be a minimal techno single from the Chain Reaction record label, circa 1995.

A brief description accompanying the Machinefabriek track explains a bit more about “Grachtengroeven”:

The empty grooves of a vinyl record form the space between the previous and the next song. Like the alleys between the Amsterdam canal houses they might seem empty and useless, but on closer inspection they are worlds in themselves. ‘Grachtengroeven’ (Canal grooves) positions the needle of a pick-up in a between space of a record and makes the void audible in a rhythmic soundtrack for the ‘Tussen-ruimte’ exhibition.

And this is a shot of it as it appears in the gallery space: 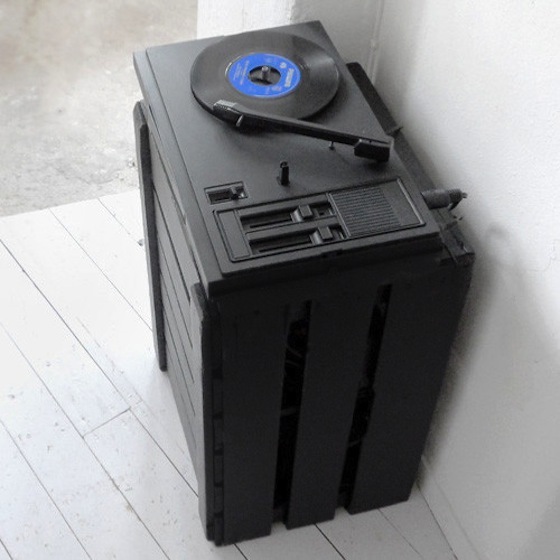 Track originally posted for free download at soundcloud.com/machinefabriek. More from Machinefabriek at machinefabriek.nu. More on the exhibits and events at tussen-ruimte.com. More on the sponsoring organization at castrumperegrini.org. Gordon Matta-Clark drawing via queensmuseum.org.