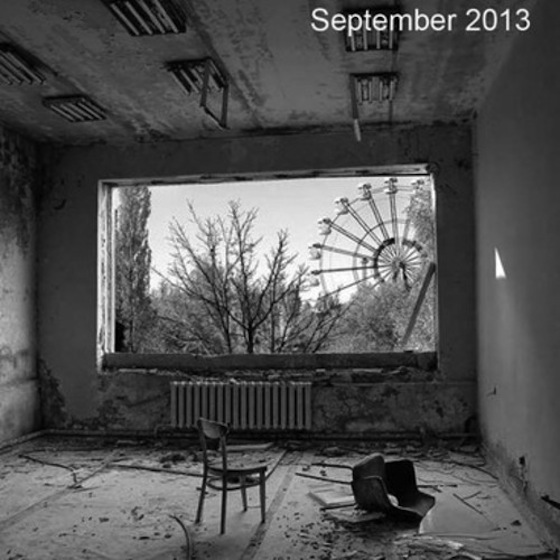 JesÃºs Lastra’s “Decontamination” is one of several tracks to come out of a new SoundCloud-based group called Extrospection. Each month, starting this past August, the plan for Extrospection is to post a single image, which group members will then interpret in sound. Like the Disquiet Junto group projects, the Extrospection group runs on an open call basis — and for those who find the weekly pace of the Junto a bit demanding (not that there is any intended pressure to participate each week), a monthly approach might prove helpfully relaxed. The first month’s Extrospection image was a mix of sky and harsh plateau. The second, from which Lastra’s track was derived, shows a distant ferris wheel as viewed through a dilapidated residence. In Lastra’s imagination, this calls for a horror-movie pace, all heavily transformed vocals and nervous-making, static-laced beats:

The rules at Extrospection are the same each month:

1) refer your composing to the picture shown at the top of the group monthly.

2) download that picture and use it as icon of your track.

Track originally posted for free download at soundcloud.com/jalastram. More on the Extrospection group at its home page. The group was founded by Italian musician Paolo Mascolini, who also goes by SÅzu Project. More from Lastra, who is based in Venezuela, at jalaztram.tumblr.com.