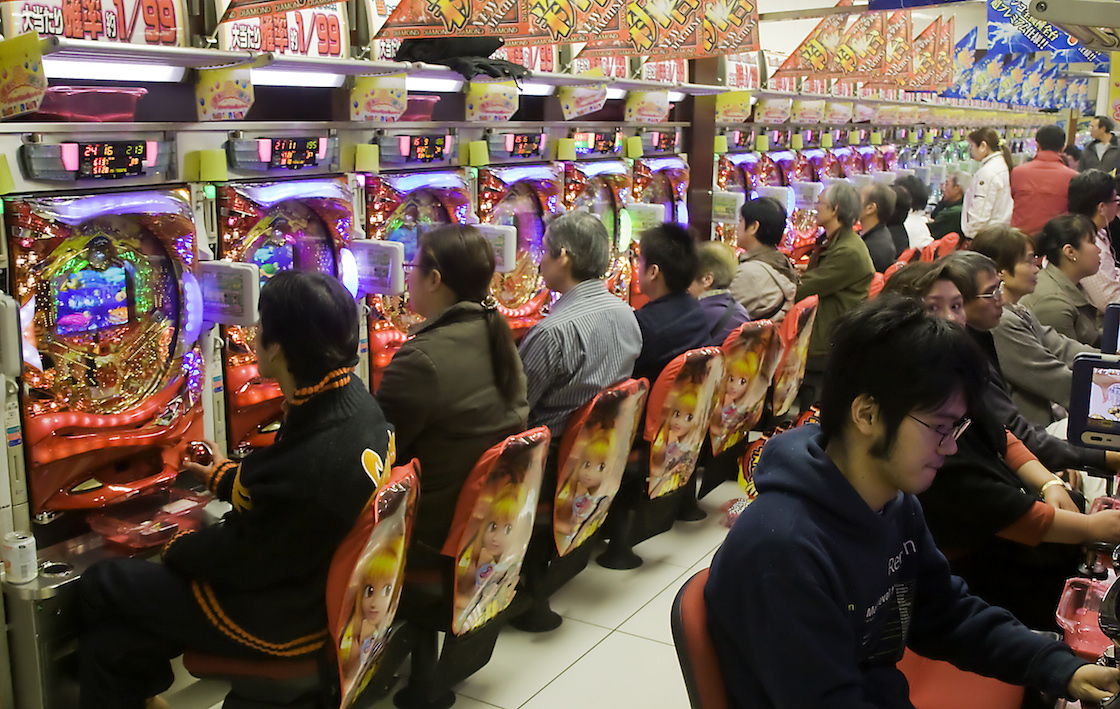 I’ve regularly said that a multi-floor pachinko parlor in Tokyo is by far the loudest, most aggressive sound I have experienced in person, and I’ve said that as someone who has seen Metallica, Danzig, Fugazi, Slayer, Godflesh, and Napalm Death live in concert, just to name a few bands famed for their volume. The closest I’ve come to the pachinko parlor intensity was probably a Dinosaur Jr. show that was so loud people walked out of the concert hall, though the lack of enthusiasm may also have been because Nirvana was the opening act on that tour, and Nirvana, then still on the rise, was the portrait of a tough act to follow. In any case, as mentioned here recently, Seth S. Horowitz, author of The Universal Sense: How Hearing Shapes the Mind, is currently in Japan and making binaural field recordings of what he witnesses. His latest item from that information-gathering trip is a pachinko parlor, which he tweeted about earlier this evening:

@disquiet this one's for you: Binaural recording of a pachinko parlor. WARNING: REALLY loud. Turn down your volume https://t.co/nvH64OjWMg

His description of the track, six minutes of white noise so dense with treacly pop music, mechanical fury, and crowd chatter is as follows: “In-ear binaural recording of a soundwalk through 3 floors of the Maruan Pachinko Tower in Shibuya, Tokyo at 11 AM. WARNING: Incredibly LOUD. Use low volume to listen.”