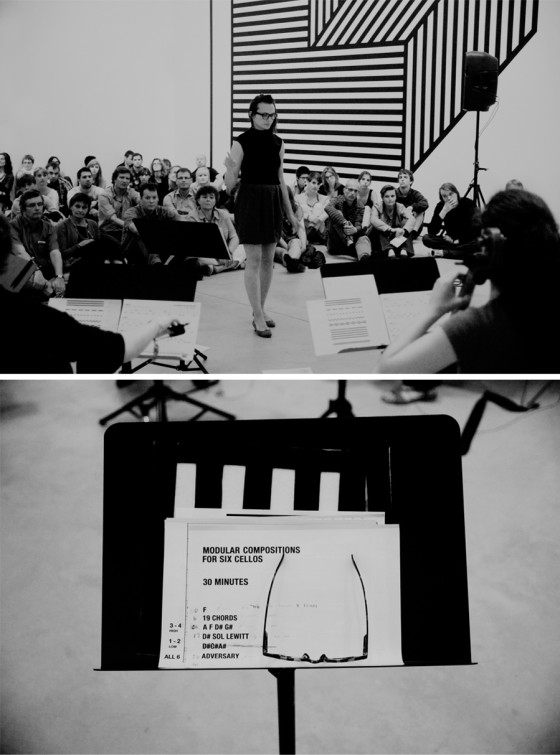 The second album from Christina Vantzou is due out on February 24. Titled No. 2, it follows her earlier No. 1, which was released in late 2011. The new album is on the label Kranky, which is home to such notable musicians as Jessica Baliff, Greg Davis, Grouper, and Keith Fullerton Whitman, as well as the Dead Texan, which is Vantzou’s collaboration with Adam Wiltzie of Stars of the Lid, also on the Kranky roster. Kranky has posted a track from No. 2 in advance of the album’s release. “Going Backwards to Recover That Which Was Left Behind” is a slow-moving chamber piece that builds as it goes, its increasing density of instrumentation at each moment in an eager, quiet struggle to keep the increasing momentum from undoing the stability of what the piece has accomplished thus far. Melodic fragments are repeated on varied instruments, the orchestration swelling as it passes its midpoint, and a reticent horn section — reminiscent of David Byrne’s Knee Plays —Â eventually filling things out. Absolutely beautiful.

Track originally posted for free download at soundcloud.com/kranky. More by Christina Vantzou at christinavantzou.com, which is where the above images are from.