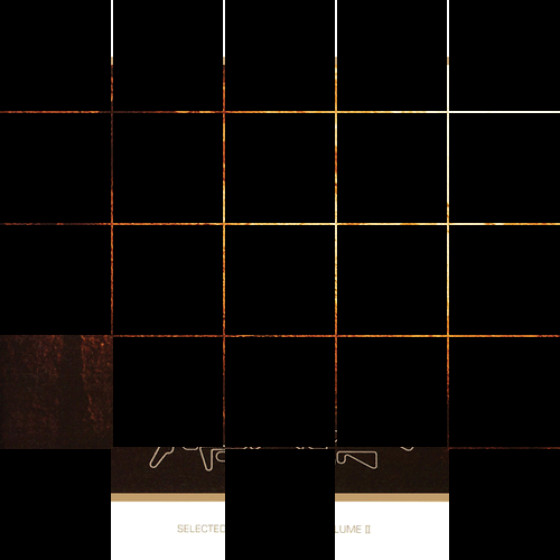 There is some irony to doing this countdown since the book is already shipping to folks who pre-ordered it via an online retailer such as Amazon, but the official date stands, and that’s the target — the end date — of this countdown, February 13.

This piece is about as far from the concept of a “song” as the album gets. “Tassels” is a noise whorl, a burred whorl, a flangy spray, a sequence of undulating static. It is a thick mass of white noise that gets the appellation of “song” — gets categorized as “song” — for the simple reason that it is one track among two dozen or so on a record of things that are occasionally taken as songs, that broader understanding itself more a matter of context and format than of form. “Tassels” is a song by association. Beyond that association, it is anything but a song.

There are, in essence, two portions to the material that make up “Tassels”: There is the noise and there is the tone. The noise is like that of a passing jet plane, its fuselage drone a slow-motion experiment in doppler fantasia. The tone is a sinewy curve of synthesized anxiety; if it suggests an airborne vehicle, it would be more spacecraft than plane, and considerably less likely of Earth origin. The track is the less the score than the sound design to a sequence of an unscreened Alien sequel. There’s a long hallway, and a lot of dead crew mates, and things are almost certainly going to get worse. Perhaps this is why “Tassels” appears toward the end of the album. It’s a premonition of exiting the chill-out room.

Here it is, reversed: