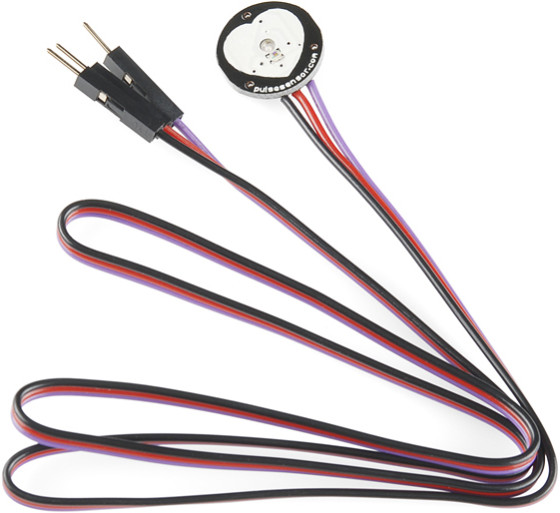 “Heart,” Nick Lowe once sang, “why must you make such a commotion?” Affairs of that particular organ are a common enough matter in music composition. A relatively recent flourishing in inexpensive home-brew electronics has provided a uniquely quantitive approach to field research. The musician known as Papernoise (aka Hannes Pasqualini), based in Bolzano, Italy, has been experimenting with sensors that let his music kit feed off his pulse. His brief description of his efforts is as follows, for those looking to confirm the experiments in their own audio laboratories:

The result is a steady percussive sequence in which flares and echoes and other sonic elements seem to be triggered by the musician’s heart, as it goes on, again in Nick Lowe’s terms, “pounding like a hammer.”

That may be the device in question up top, via sparkfun.com.

Track originally posted at soundcloud.com/papernoise. More on Papernoise at papernoise.ne.