The Aphex Blimp Heard Round the World 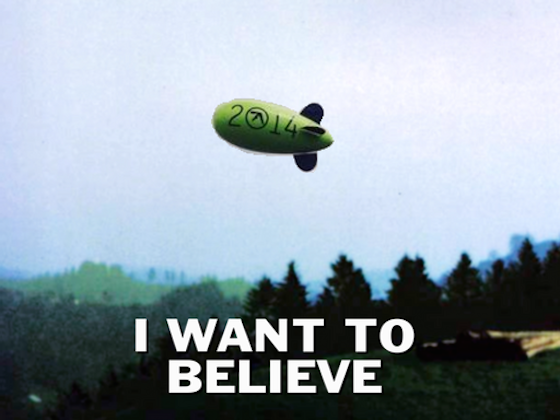 Yesterday word spread of an Aphex Twin blimp floating over London, following up a report on the We Are the Music Makers message board back in June that Richard D. James had said “New shit is imminent.” It was WAtMM that had Kickstarter’d that Joyrex (re)release earlier this year, and the blimp serves to support the “imminent” assertion. People celebrated in various ways, and Twitter was alive with commentary, among it this X-Files meme-ified version of the blimp, courtesy of Audio Damage’s Chris Randall, shown up top. I had some fun, too, joking “First ever hot air balloon inflated with a Ventolin inhaler,” among other things.

And over on SoundCloud, Vapor Lanes uploaded something that had been a favorite tweak of his for years: slowing down “Vordhosbn” off the Drukqs album from 45 rpm to 33 1/3. The track retains its flexible percussive action, but slowed down it’s more readily relaxed into by the listener:

And, yes, speaking of “33 1/3,” I wrote the 33 1/3 book on Aphex Twin’s Selected Ambient Works Volume II, released earlier this year to mark the album’s 20th anniversary.