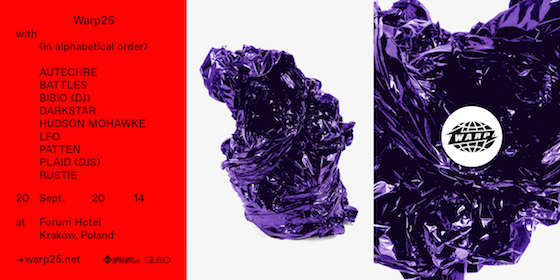 There’s a specific nature to the sound of a concert bootleg. Foreground and background are reversed. The cheers of the crowd seem like they’re an elbow away, while the music recedes amid the audience, as if heard in snatches, bobbing between heads and shoulders, glimpsed over ears and beneath the rims of baseball hats. Such is this recording, reportedly of a live Autechre show from KrakÃ³w, Poland, taped by Martin Mohyla and posted for free download — there’s an FLAC and an MP3 (320 kbps) available — with the permission of Autechre member Sean Booth (half of the duo, the other half being Rob Brown). The brief liner note at neuralcorrosion.com, where the audio is hosted, says it was recorded in the front row, but that’s less meaningful at an amplified concert, especially an electronic one, than at, say, a solo acoustic set. The speakers at a show like this aren’t at the front of the stage, which is why the best seats, from a sonic standpoint, are often midway back near the mixing board. Still, it’s a bracing performance, the muddy sound lending a grit and minimal-techno dankness to the music, balancing the increasingly digital brittleness that has marked the group’s output in recent years. The beats are pounding, often subaural, thudding machinations from deep below. Other elements interject, as if from a separate train of thought, including jittering higher-pitched percussion, rough noises, and hazy synthesized cloud formations. The music changes continuously, from horror movie anxiousness to blank ephemera, from pop minimalism to desiccated EDM, club anthems left in tatters. Presumably this was the September 20, 2014, show at the Forum Hotel that also included Battles, Darkstar, LFO, Rustie, Hudson Mohawke, Patten, Bibio, and Plaid, the latter two in DJ sets. The event was one in a series to celebrate the Warp label’s 25th anniversary, more on which at warp25.net.