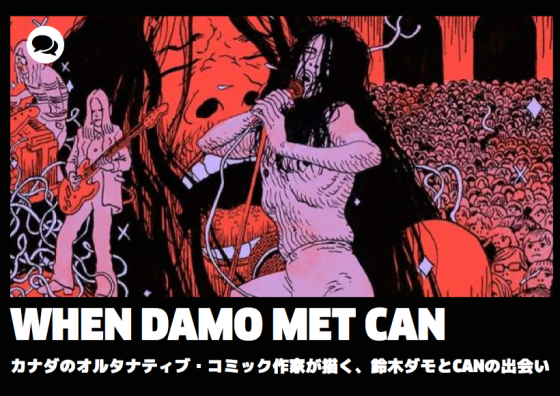 The third comic in the series I’m editing for Red Bull Music Academy is now online. The series is timed to RBMA’s annual, city-centric festival, which this year takes place all over Tokyo. It’s by writer Zack Soto (Study Group Comics) and illustrator Connor Willumsen (Treasure Island). The comic, “When Damo Met Can,” presents the period when Damo Suzuki was recruited as the lead singer of the German rock band Can. (In related news, the 33 1/3 series book on Can’s Tago Mago, written by Alan Warner, is being published this month. The timing is a nice coincidence.) Willumsen lends incredible detail, period feel, and psychedelic immersion to Soto’s story, which draws from band anecdotes and drops in some sly references.

The first two comics in the series were on MF Doom and DJ Krush.