Where the Work Ends and the World Begins

Chris Wood explores the many signals of Brussels 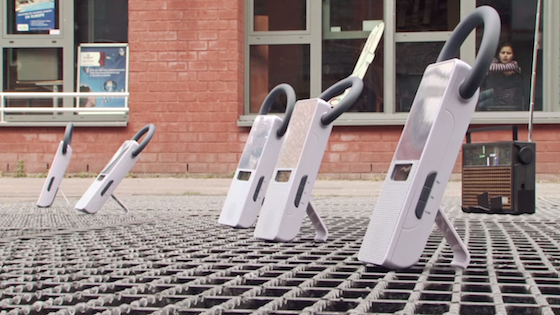 There is just enough noise that none of it stands out, and just few enough noises that the ears strain for distinctions. There are children playing, and a news report, and music from various genres and languages. There is a thick static that seems to want to become music; it hangs low, a sonorous drone, whining like a wounded animal hoping for just a little affection. Sirens pass, and the whole range of noises just keep going, stalwart despite their modest proportions, their simplicity, their everydayness. This is “Oscillating Cities” by Chris Wood. This is, in fact, “Oscillating Cities” heard amid the sounds of the city. Where the work ends and the world begins is unclear, and that may very well be part of Wood’s point.

In an explanatory post, Wood explains how the piece came to be: “Osciallating Cities is a dynamic sound environment built from local radio, field recordings and internet radio from distant locations retransmitted over FM. It was performed on the square at Comte de Flandres, Brussels in June 2014.” The work was made at the behest of iMAL, the Brussels-based interactive Media Art Laboratory, more on which at imal.org. 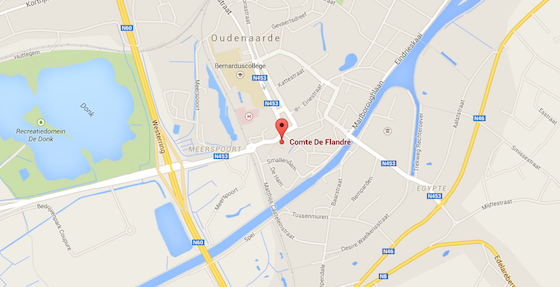 The mix of source material isn’t the extent of Wood’s mediation. There are, he explains, various aspects of the employment of radio, which influence the quality of the signal, and some of the source audio is filtered through delays and other treatments. Still photographs and footage evidence the sculptural quality of the generic radios placed around the plaza. A video documenting a series of related works features a short interview with Wood (at timecode 5:29):

Track originally posted at soundcloud.com/wordthecat. More from Chris Wood, who is based in England, at wordthecat.com and twitter.com/whirringcat.