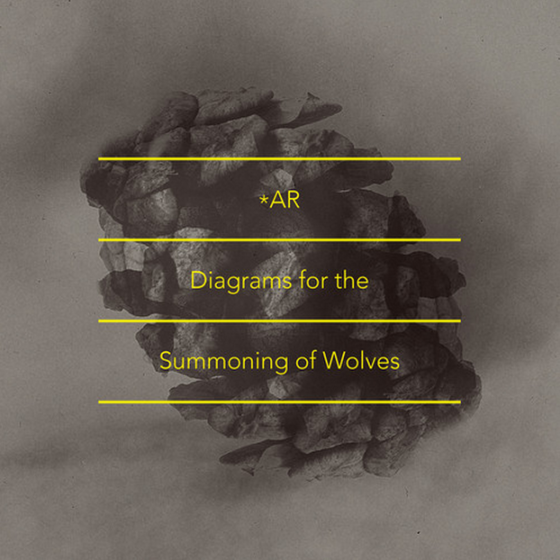 This piece of music, nearly three minutes of aggressively if slowly layered strings, appears to be a track from a forthcoming *AR album, *AR being the name for the collaboration between Autumn Richardson and Richard Skelton. The track title, “Diagrams for the Summoning of Wolves,” brings to mind their 2011 collaboration, Wolf Notes (aeolian.bandcamp.com), which at the time of its release was described as “Music for the landscape, place-names, flora and fauna of Ulpha, in Cumbria, northern England.”

This new piece was posted with no additional information — aside from it being described as an “excerpt” — at the SoundCloud account of Corbel Stone Press yesterday, a full half year since the previous Corbel track posting. The extended bowing of string instruments is heard here in a dense accumulation, that density balanced by the length of the individual lines, and enriched by both the texture of the strings themselves and some evidence of additional static and noise. The result is like a dervish whirling in slow motion.

“Diagrams for the Summoning of Wolves”track originally posted at soundcloud.com/c-s-p. More from Skelton at richardskelton.wordpress.com. More from Corbel Stone Press at corbelstonepress.com.