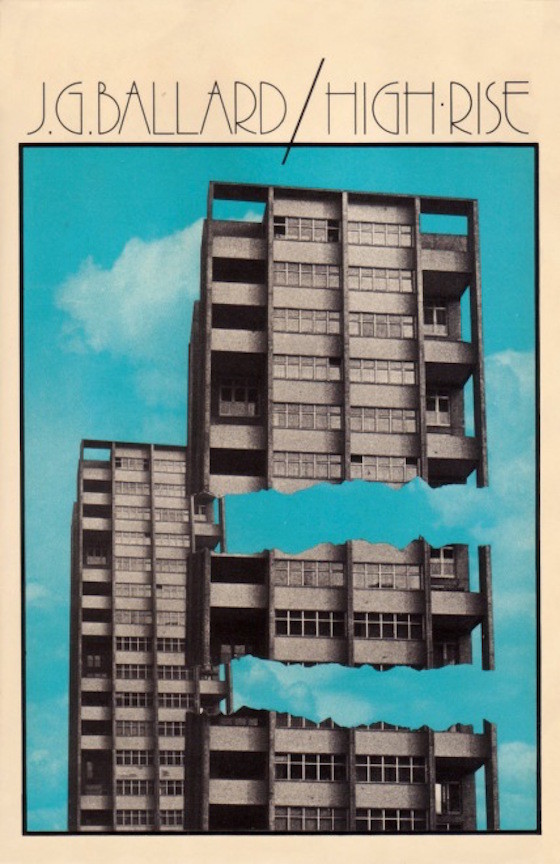 San Francisco, California, where I live, has one of those “One City, One Book” programs, where a single volume is selected for the general population to read and discuss. The idea is that we’re all more likely to have a single subject of conversation, one that touches on what we have in common. In an age of (supposedly) short attentions spans and the exodus from mass communication in favor of (perceived) silos of narrowly defined interests, a city united around a book addresses many transitions at once. Not all of us have such an ameliorative response to the changes wrought by technology. JG Ballard was the bard of how new technologies don’t so much improve humanity as they reveal, with each consumerist iteration, our basest origins, our most animalistic urges. New technologies, in his telling, don’t make us better; at best, they bring into high definition our failings as a species, and at worst they free us to make poor use of our position atop the food chain.

Since the downtown of San Francisco has become a boomtown for massive, sky-high apartment complexes, I’ve been pushing for Ballard’s visceral 1975 novel High-Rise, about class war playing out floor by floor, to have a turn on the city’s One City, One Book shelf. There is a movie in the works from director Ben Wheatley, with a strong cast, including Tom Hiddleston and Jeremy Irons. Before it threatens to supplant our mental images of Ballard’s story with formal ones, the musician Rupert Lally has released an 8-song instrumental set of music inspired by the novel. If the Wheatley film looks like it is re-setting the story in the present, the music by Lally, with its conscious emphasis on the sine-wave symphonies of the BBC Radiophonic Workshop, tries and succeeds in capturing the retro-futurism at the time of the book’s release. (Wheatley has done some directing for Dr. Who, whose famous theme was an early product of the Radiophonic Workshop. The score composer of Wheatley’s High-Rise has not yet, I believe, been announced.) Lally’s High-Rise is all machine-hewn sound, all electric drones and quavering effects in service of a story in which all the latest technology can’t save us from each other, or from ourselves.

Set available at “name your price” at rupertlally.bandcamp.com. More from Lally, who lives in Switzerland, at twitter.com/rupertlally.