Marking the 3rd anniversary of Bassel Khartabil’s incarceration, turn the silence of a room into something soothing. 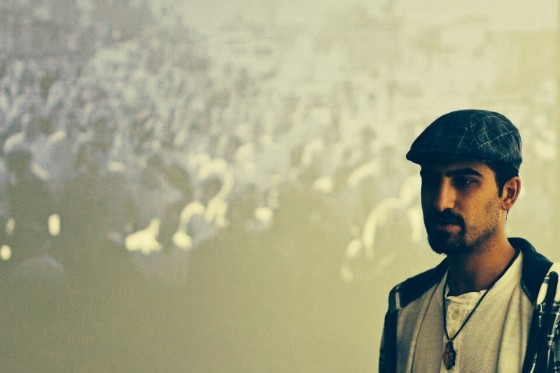 For the duration of the project, new tracks will be added to this playlist:

Disquiet Junto Project 0167: Placid Cell Marking the 3rd anniversary of Bassel Khartabil’s incarceration, turn the silence of a room into something soothing.

This project is the second time that the Junto gathered its resources to pay tribute to the wrongfully imprisoned Creative Commons advocate and coder Bassel. Sunday, March 15, marks the third anniversary of Bassel’s incarceration in Syria.

In Bassel’s honor, this week we’ll make music by taking the loneliness of a small, closed room and making something beautiful and soothing from it.

Step 1: Go into the quietest room in your home and record the room’s tone. Also record the sound of the door being closed.

Step 2: Locate in that track a suitably quiet 10 consecutive seconds. Also locate the moment when the door is closed.

Step 3: Locate in those 10 seconds a handful of signature sonic events, moments, however small or subtle, that stand out from the general silence.

Step 4: Create an original composition that begins with the door being closed, proceeds through the 10 unadulterated seconds of room tone, and after which samples of those sonic events from Step 3 are transformed into something soothing. This being a project about isolation, you cannot add any external sound elements.

Step 5: Upload the combination of your accompaniment and the foundational track to the Disquiet Junto group on SoundCloud.

Step 6: Then listen to and comment on tracks uploaded by your fellow Disquiet Junto participants.

Length: The length of your finished work should be roughly between two and five minutes.

Title/Tag: When adding your track to the Disquiet Junto group on Soundcloud.com, please include the term “disquiet0167-freebassel”in the title of your track, and as a tag for your track.

More on this 167th Disquiet Junto project — “Marking the 3rd anniversary of Bassel Khartabil’s incarceration, turn the silence of a room into something soothing”— at:

More on Bassel Khartabil at: