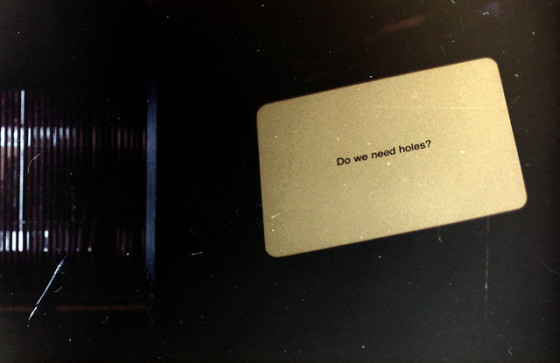 Tracks will be added to this set for the duration of the project:

I hadn’t intended to do another “One Minute Past Midnight” project so soon after the previous one, but this week’s project was inspired by the recent and very interesting Cities and Memory: Oblique Strategies project (https://disquiet.com/iuAWF), in which more than 60 musicians and artists from almost 20 countries around the world took the classic card set by Brian Eno and Peter Schmidt as their guide. The koan-like instructions of the Oblique Strategies set were a huge influence on the original planning for the Disquiet Junto series, and so it’s odd that it’s taken 171 weeks to finally address it directly with this homage.

This project is the fourth in an ongoing occasional series that focus on late-night ambience. Collectively these nocturnal endeavors are being called “One Minute Past Midnight.”No one’s work will be repurposed without their permission, and it’s appreciated if you post your track with a Creative Commons license that allows for non-commercial reuse, reworking, and sharing.

The steps for this project are as follows:

Step 1: The primary goal of this project is to explore the inspiration provided by Brian Eno and Peter Schmidt’s Oblique Strategies cards. First published commercially in 1975, and revised iteratively since then, the set consists of numerous gnomic instructions that are alternately direct and, well, oblique. If you are unfamiliar with the cards, you might want to read up on them a little.

Step 2. You’ll be reworking a pre-existing audio track based on the instructions inherent in a specific Oblique Strategies card. Select a track from one of the three previous projects in this series, #0160 from January 22, 2015, #0163 from February 12, 2015, and #0170 from April 2, 2015. All three of these previous projects involve field recordings made of the sound one minute past midnight:

Step 3: When choosing, per Step 2, a pre-existing track, confirm the track is available for creative reuse. Many should have a Creative Commons license stating such, and if you’re not sure just check with the responsible Junto participant.

Step 5: Rework the track from Step 2 in response to the instructions inherent in the card from Step 4.

Step 6: Upload your track to the Disquiet Junto group on SoundCloud.

Length: The length of your finished work should be one minute.

Title/Tag: When adding your track to the Disquiet Junto group on Soundcloud.com, please include the term “disquiet0171-oblicardo”in the title of your track, and as a tag for your track.

More on this 171st Disquiet Junto project — “Rework a pre-existing field recording in response to an Oblique Strategies card”— at:

More on the One Minute Past Midnight series at:

More on the Oblique Strategies series at:

Photo associated with this project by Rusty Sheriff, used via Creative Commons license: 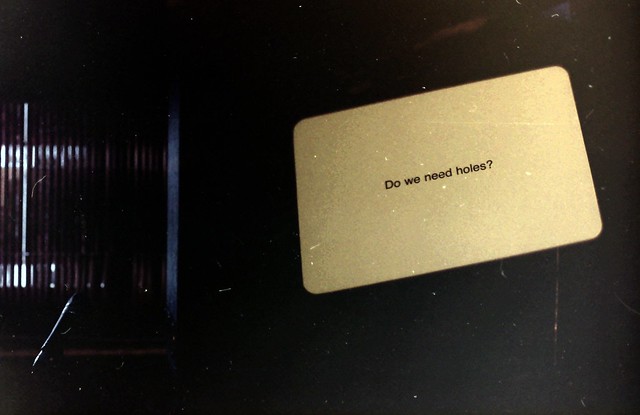