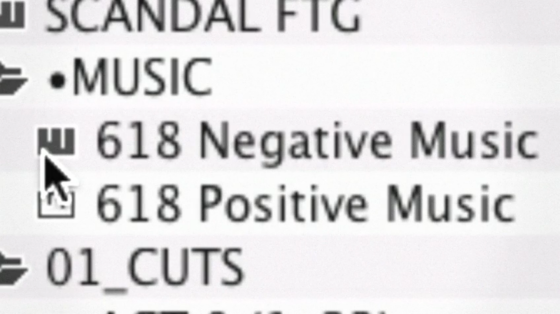 This April 5 episode of The Good Wife (“Loser Edit”) opened with a purposefully bland testimonial montage on the good fortune of the title character, Alicia Florrick. The episode prior, Florrick had won a statewide election. “Loser Edit” opened with a recap of her career, which is to say of The Good Wife itself, now well into its sixth season. The camera eventually backed up, revealing that we were watching not a commercial within the show, but a piece of television journalism within the show. It backed up further and we recognized that we were seeing the journalism being constructed, in real time, in a television studio. 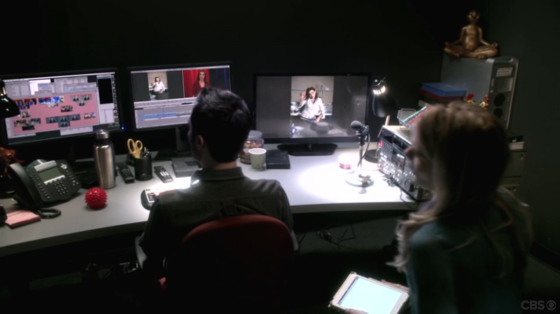 The Good Wife often plays with its audience’s expectations. It will return from a commercial break into the middle of a fake TV commercial, or a YouTube-ish “viral” video, or a bit of “native” web advertising, or some other bit of transient media, forcing the viewer to sort out where exactly we are in the story, from whose perspective we’re experiencing the narrative, before yanking us back into the action. The Good Wife puts the “media” in “In medias res.” When the title character occasionally gets a night off, she can be found sitting at home alone watching a parody, titled Darkness at Noon, of the sort of existential anti-hero machismo that gets shows like True Detective and The Shield so much critical attention. The episode the week prior, in which Florrick’s season-long race in a state election was decided, the TV newscaster within the show told the audience — including Florrick herself, seated on a couch in front of a TV — that they would have to wait until after a commercial break before being told the race’s outcome. And then The Good Wife itself took a commercial break.

With its married and divorced middle-aged characters and its presence on CBS, traditionally the grayest of the major American broadcast networks, the show is often misperceived as a rote legal and marital procedural. It is anything but. What it’s especially good at is tracking the use of media, social and otherwise, in the lives and careers of its characters. Sometimes technology takes center stage, as in a running sequence that involved NSA surveillance; this was structured as if a bleak hipster sitcom had been posited within the drama. There have been legal battles on the show involving a search engine and bitcoin, not to mention the illegal editing of email metadata.

The credit due The Good Wife isn’t merely related to the breadth or the frequency or the variety of its stabs at how media mediates life and work. What’s exceptional about The Good Wife is the detail that it brings to its depiction of how technology by both chance and intent influences, often for the worst, life and work and, most specifically, politics.

In “Loser Edit” we watch as the bit of career-recap news is first pitched as a generally favorable overview and then, with the sudden arrival of a slew of damaging emails, as an act of ambush journalism. When the timbre of the still-in-progress story shifts from biography to admonition, the producer of the bit is shown back in the studio with her editor. Earlier in the episode they had left the Florrick character alone in color, against an otherwise black and white photo. Now they switch the emphasis, leaving her alone in black and white, amid a color setting. We watch as, with a simple shift in color coding, they entirely alter the meaning of the photo. The Good Wife is the rare show on television that shows people working on computers in a manner that actually is how people work on computers. We see colors being adjusted and photos being manipulated and text being edited with everyday tools. 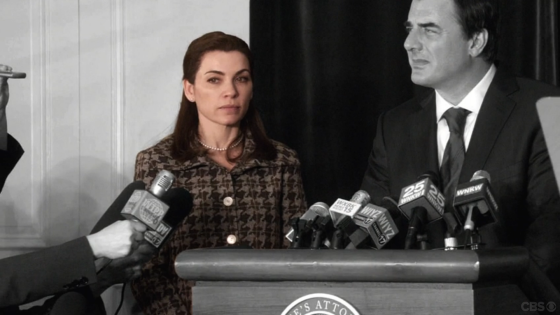 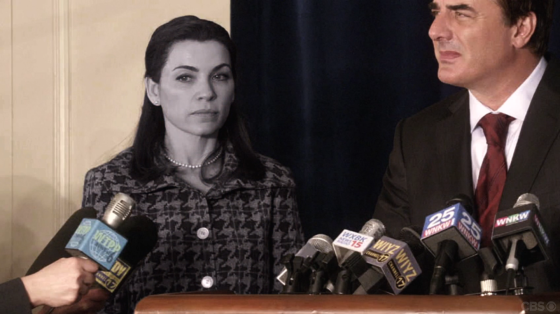 And at this moment in “Loser Edit,” the editor dips into a folder of generic background music and switches to a file titled “Negative Music” from one titled “Positive Music.” The sheer, brazen laziness of the action — the sad binary of “positive” and “negative” — speaks volumes of the journalist and her ilk, and though it’s a split-second instant in the overall episode, it also speaks volumes of the intricacy of The Good Wife and the attention of the folks who make it.

“Loser Edit” was directed by Brooke Kennedy, who has also directed episodes of Fringe and My So-Called Life, among other dramas. She has directed many solid entries in The Good Wife, including “Live from Damascus,” back in season 3. That’s the episode in which Will Gardner, the main love interest of the title character (that is, aside from her husband), learned that he was going to be brought up on charges that might lead to his disbarment. At that moment in the episode there is a subtle shift in the background music. A party is going on elsewhere in the law offices, and it is ominously muted, going from joyful to foreboding, as Gardner is faced with the imminent legal action. I was so struck by the moment at the time, that I tracked down Kennedy and interviewed her about it. I was especially interested in speaking with her because of her work on Fringe, which also made great regular use of sound as part of the narrative.

Kennedy spoke to me by telephone about how different television directors manage sound differently: “Just in general,” she said, “when it comes to television, there are certain directors who go in with sound design and have at least some sense of it, and there are others who go in with nothing and put it in at the end. The way you can tell the two, truly, is somebody who shoots more insert work. People who shoot insert I find tend to hear sounds and they want to incorporate that into storytelling. A spoon hitting a glass — it’s that moment; they want to take a moment. Others who don’t do any of that, you find that they don’t think in terms of sound.”

She helpfully walked back through the sequence in the “Live from Damascus” episode: “That entire scene is constructed as things that are happening off stage, so in the center of the offices there’s the party and music is changing constantly. I think we use almost three to four songs and the idea that the party gets more raucous as it goes on, and then every time the sound changes where the proximity of Will is to the party. Then you have to add into that his emotional weight that happens at the end. You want to nurture that. We’re playing with sound through glass. That in itself is rather complicated. They walk down the hall, the door opens, he comes in and closes that door and then we pretty much changed the volume. There are maybe one or two tones in the end in there just to make sure we’re going out on an emotional beat.”

In the course of our conversation, Kennedy touched on an example of how The Good Wife distinguishes itself from other shows: “Most television would have picked a piece of source music for that scene and basically at the end raised the source music so you’re given what to think by the vocals of the song. We actually went the opposite way and wanted to hear the ringing-in his-head kind of thing.”

In other words, the attention to sound that is a hallmark of The Good Wife is very much the opposite of the work characterized by the news segment at the center of the “Loser Edit” episode. The title of the episode refers both to the shift in tone in the segment and to the fate of its news-production team, but it might also be read to refer to a less ambitious, if widely practiced, realm of audio-visual storytelling.

Alone, the “Negative Music” moment in “Loser Edit” is simply a smile-inducing instance for those who happen to catch it. But in the broader scope of Kennedy’s work and of The Good Wife in general, it’s a testament to the shortcuts that the show itself does not take, the way it engages with its own topicality, and the attention it pays to — and shares with — its audience. 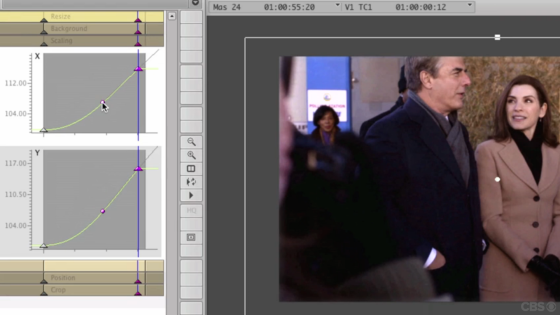 All screenshots from the episode “Loser Edit.” Thanks to Lauren Franklin for assistance with transcription of the Kennedy interview.

2 thoughts on “The “Negative Music” of The Good Wife”