How this set of six tracks by the Clash’s Mick Jones has been up for four days on SoundCloud and, as of this writing, one of them has under 800 plays is beyond me. Well, a possibility is they were uploaded but left private for awhile. In any case, they are a treat. The six pieces were recorded by Jones as part of an installation, The Rock and Roll Public Library, he has been developing, and that is part of the Venice Biennale 2015. It’s a growing collection of Jones’ rock ephemera, a glimpse of which is shown in this photo by Anton Spice: 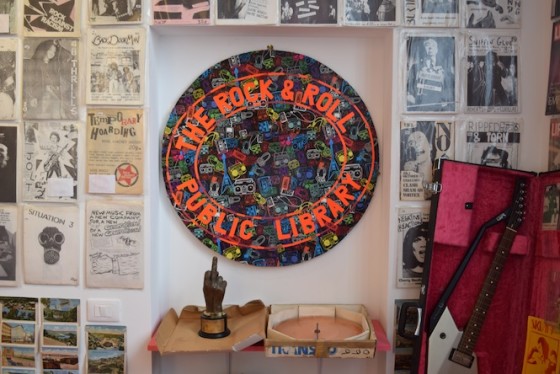 The six-track set is titled Ex Libris, and a 1,000-edition vinyl version is available from vfeditions.com, whose sibling site thevinylfactory.com has additional details. Five are Jones originals, with “Pretty Thing” apparently a cover of the Willie Dixon song best known for Bo Diddley’s rendition.

The surest Clash sound is on “The Seventh of January,” which builds up from what could be a toy xylophone to a deeply buried, squelchy guitar line that ekes out a taste of the band’s sound. And even before the guitar appears, there’s a heavily echoed drum riff that bridges the gap between the Clash and Jones’ Big Audio Dynamite work. Another highlight is the opening track, “The Ministry,” a gentle dub infused with a simple piano line, like King Tubby jamming with Randy Weston.

All six tracks are a lesson in how the Clash — notably the reggae-infused production of the 1980 album Sandinista! — and Big Audio Dynamite — its hip-hop production with techno proclivities — helped set the stage for trip-hop. The late Joe Strummer gets a lot of affection, yet I’ve always been a firm member of Team Mick, and the Ex Libris set is a reminder why. 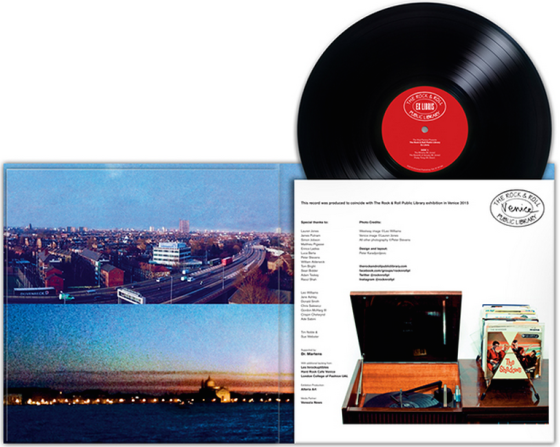 More details at mickjonesrockandrollpubliclibrary.com and not one facebook.com page but two.