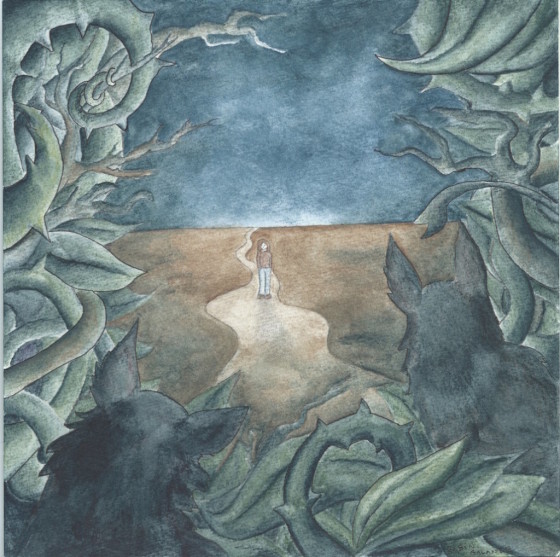 Vanessa Lowe’s Nocturne podcast focuses on her fascination with the dark of night. The next to most recent episode, number 8, “Into, Under, Through,” which aired back on July 6 of this year, involves Lowe recounting her solo walk through the woods in the north bay, above San Francisco. In it she talks a lot about the sounds of a forest when it is empty of people, and about the fears, both real and imagined, that fill the void. In it we hear her speaking both during the walk and after, and the timbre of her voice is quite a study in contrasts.

One highlight of Lowe’s Nocturne is that its backing music is provided by her husband, the very talented composer and sound designer Kent Sparling. His accompaniment has an especially meta moment in this episode when a sharp distinction is drawn in the narration between a real walk in the woods, and the heavy-handed scoring that often goes along with such action in horror movies.

More on the Nocturne podcast, including subscription information, at nocturnepodcast.org. More from Sparling at kentsparling.com. Art by Robin Galante.