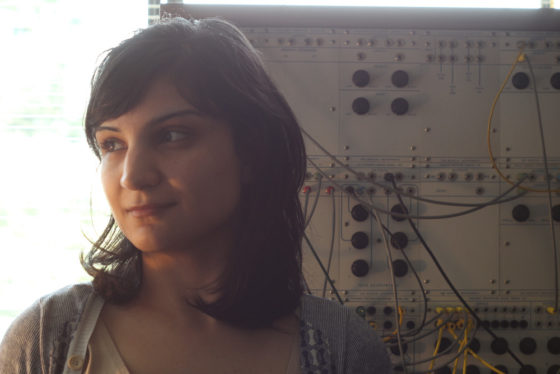 Sarah Davachi’s phenomenal new album, Dominions, was recorded largely on old-model synthesizers and something known as the Orchestron, an instrument from the 1970s that plays from a library of sounds that are stored as an optical recording. The album’s five tracks explore various territories, among the more sedate being the churchly “Ordinal,” in which held chords shift to an indeterminate meter as various notes are introduce and removed. “Burgundy” begins in a similar space, its burgeoning atmospheric drone resembling early Terry Riley or La Monte Young, but as it proceeds it gets more and more busy, coming to sound like a symphony of car horns. It’s as if the listener first hears it from afar, several blocks away, and then slowly approaches, and by approaching comes to understand the chaos that was mistaken, from a distance, as calm.

The opening piece, “Feeler,” has the sound of truncated vocal snippets, the extended vowel given texture by the endless tiny appearances of a seam where the end of the sample meets with the start of it replaying. Beneath this is a layer of texture, maybe tape, maybe vinyl, maybe just the room in which it was recorded. Like “Burgundy” it gains mass and detail as it moves forward. Those are just three of the tracks of Dominion’s five. The whole thing is quite strong.

One thought on “The Synthesis of Sarah Davachi”