After the window opens 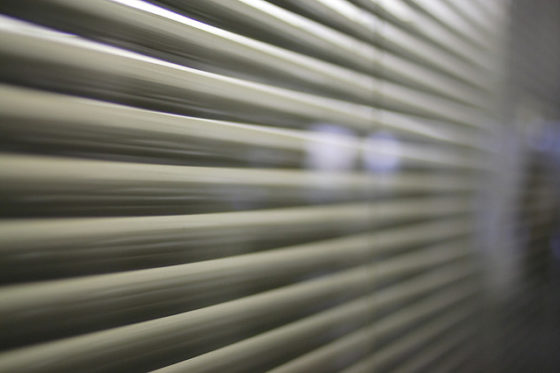 The back window hadn’t been open regularly for some time, not for more than an hour or so at a time, always with the shade pulled down to the slit opening. This was because of the drought. The drought meant turning off the water in the yard, and turning off the water meant the plants that were supposed to grow didn’t and the plants that weren’t supposed to grow did. Working in the back room, far from the street, meant a certain amount of quiet. The shut windows reduced planes and birds to a muffled whisper.

This summer the yard was reworked with low-water plants, native to our region or to regions that bear climatic resemblance to our region. The yard was no longer a post-apocalyptic vision of neglect, and the window was open all the time. Briefly. Then came the discovery of black widow spiders — speaking of things thriving in the absence of rain — which led to some research before the exterior ledges and walls were cleaned (broom rinse repeat).

Yesterday the window was open much of the day, and I was home much of the day. Having the backyard rejuvenated makes the house seem bigger. The open window extends sight lines. The space to sit expands in turn, even when that usable space is imaginary (mental sight lines) during the summer San Francisco fog. Planes and birds are louder now, as are the wind, and the neighbors, and the stray cat, and the occasional helicopter.

Previously the window muffled the outside. Yesterday I sat at my desk, back to the window, peaking occasionally over my shoulder out the window at plants whose names I knew and herbs I’d cooked with just the night before. Something had drawn my attention. There was a rattle. The pull-strings from the shades rustled in the breeze. They conversed with a small mobile on the other side of the house. Having an open window in the back meant the open window in the front now had a partner in air-flow. The mobile rustled. The shade strings rustled. The rustling created a foreground noise. It provided a sonic metric of the wind, and also a distraction from noises further away. Deep into the afternoon I realized I hadn’t heard a plane or a bird or a neighbor. The rustling string had created a subtle aural distraction, something for the mind to secondarily focus on, in favor over more distant distractions. Opening the window had removed a physical partition, but in turn a sonic partition had presented itself.

(Photo by i_yudai, used via Flickr and a Creative Commons license.)