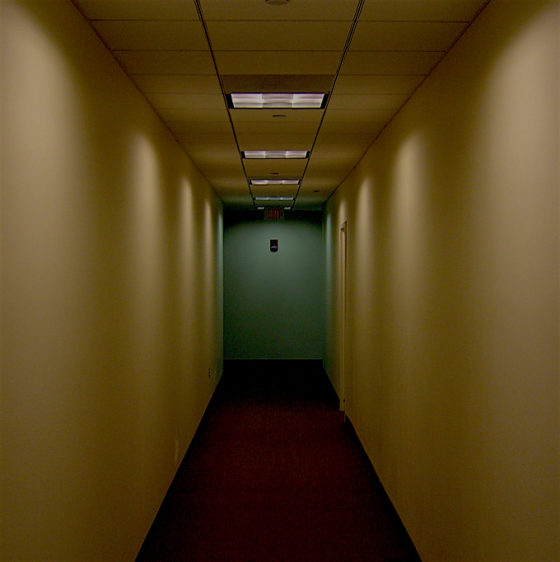 Traffic was quite intense on both sides of the park yesterday. It was the Sunday of Labor Day weekend, which meant that while lots of people left the city, many also flocked to it. Car traffic was so bad that some seemingly well-conceived plans unravelled, and I found myself stranded for a few hours. Entirely by chance, where I found myself stranded was in a parking space directly across the street from a small office that I rent. So, I went inside. The noise of traffic quite suddenly gave way to an encompassing silence.

It was possible that I was the only person in the three-story building yesterday afternoon. The gate was locked, which it never is on regular weekdays, and often isn’t on weekends. The front door to the building was locked, which it only is on weekends. The front office was empty and dark. I took the stairs, and heard no one on the second floor, or on the third and top floor. Nor was was elevator, a creaky old thing in which I was once stuck for a few minutes, evidencing any sign of use.

My building is fairly quiet during the week, when the offices, most of them keeping their doors closed, might emit the occasional sound of someone speaking up while on the phone to make themselves heard, or of music, or of furniture being moved around. Yesterday, a holiday: nothing. I settled in at my desk and wrote a bit, then took a break from writing to read. I played music for awhile on the stereo, and eventually turned it off. Without any typing or page-turning or my taking notes with a pencil in the margins of a hardback book, the room was silent. The hallway was silent. The floor was silent. The building was silent. The building was so silent that I stopped reading and writing simply to take in the silence, the peculiar experience of this place of work exuding no aural byproduct of productivity.

The building was so silent that later in the day I wondered if the church next door had neglected to ring its bells, which seems especially unlikely given that it was a Sunday. I had no memory of the bells ringing, despite my having spent a considerable chunk of my stay just sitting and listening. I hadn’t just listened to the silence. I had listened for the silence. I wondered if the silence inside the office building had become so prominent in my imagination that the idea of silence had, in turn, blocked out the outside world.

(Image adapted from a photo by walknboston, used via Flickr and a Creative Commons license.)