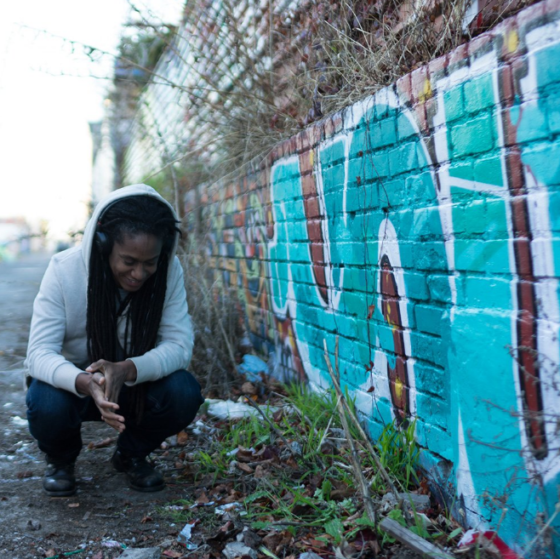 Marilyn McNeal’s new album, Spacetime, ranges from off-kilter techno (“Frere”) to folktronic blues (“Nice Home”) to downtempo beatcraft (“String Theory”), and in numerous other directions as well, often simultaneously. There are six tracks total, and each puts a unique spin on whatever realm of music it might feel closest to approximating. Perhaps the most significant treat is the track that, naturally, is most difficult to even begin to classify:

That track would be “Tower,” which loops several vocal lines — one deep and slow, one high-pitched and rapid, one ethereal and modulating this way and that — all of them echoing in and out of sync with each other. Through the post-verbal quilt runs this fascinating little beat, not much more than a terse click track, so innocuous it might not even be evident on initial listens. How that beat holds its own needle-drop composure amid the psychedelic syllabic cascades is just one of the piece’s many pleasures.

Track originally posted at soundcloud.com/marilynmcneal. More from McNeal, who is based in Oakland, California, at marilynm.org and twitter.com/popularmagicsf.

2 thoughts on “A Beat Amid Voices”